What Is a Forex Gap?

An example of a positive Forex gap: 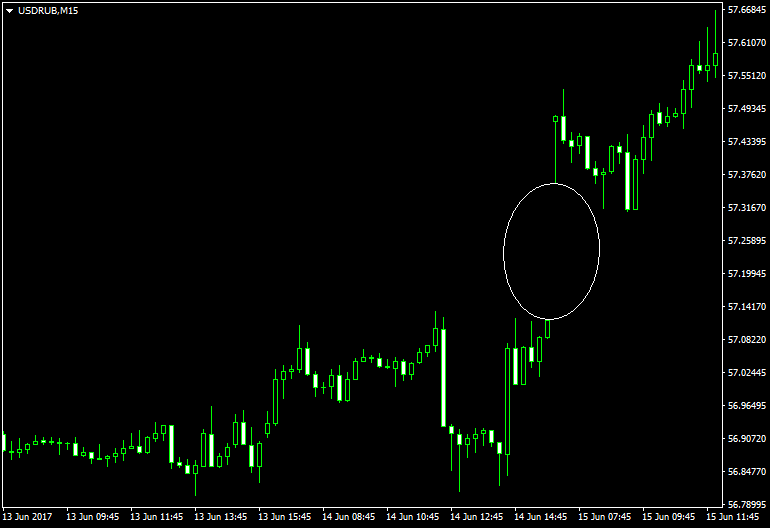 An example of a negative Forex gap:

Why Does Gap Form?

A gap formation occurs when the sentiment turns extremely bullish or bearish towards a currency (or any other asset). Gaps can occur in any timeframe and can happen at any time. However, Forex markets being highly liquid, gaps are formed usually at the beginning of a new trading week.

When there is a sudden change in the sentiment, buyers or sellers would make a frantic attempt to enter or exit a position. That would create a price gap on the upside or the downside. If the sentiment has turned bullish all of a sudden, then Forex traders having a short position in a currency would try to outbid each other, thereby creating a huge price gap on the upside.

Likewise, if the sentiment has turned bearish suddenly, then Forex traders having a long position would compete to exit at the earliest, thereby creating a huge price gap on the downside. Unexpected economic or political news causes a change in the sentiment required to produce big currency rate gaps.

For example, back in April 2017, when Theresa May, the Prime Minister of the United Kingdom, announced snap election, a majority of market participants anticipated a huge victory for the Conservatives. Surprisingly, Theresa May and her party lost the majority, and the election resulted in a hung parliament. That dampened the sentiment towards the Great Britain pound, thereby leading to a negative gap opening in the GBP pairs.

It is not uncommon to see the price reverse at some point in time and close a gap created previously. However, there is no guarantee that it would happen. Even in the case of a price reversal, there is no definite time frame for the gap to be filled. Depending on the strength of the underlying sentiment, a gap may be filled within a day, week, after several months, or never at all.

Depending on the nature of formation, gaps can be grouped into four categories.

The GBP/USD pair formed a breakaway gap on June 8, 2017, following the exit polls' prediction of hung parliament in the UK. 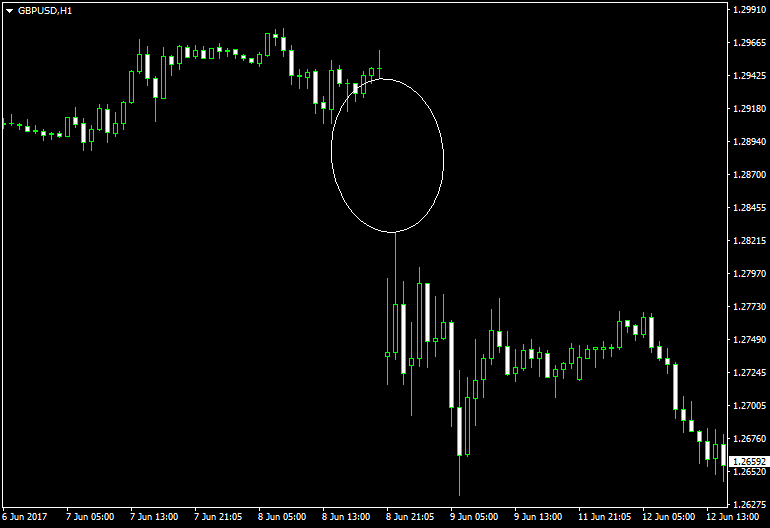 It is formed around the middle of an uptrend or downtrend of a currency pair. Since the trend remains unchanged after the formation of the gap, it is one of the most reliable patterns to trade with. The image below shows a continuation gap formed by the EUR/USD pair on April 23, 2017. 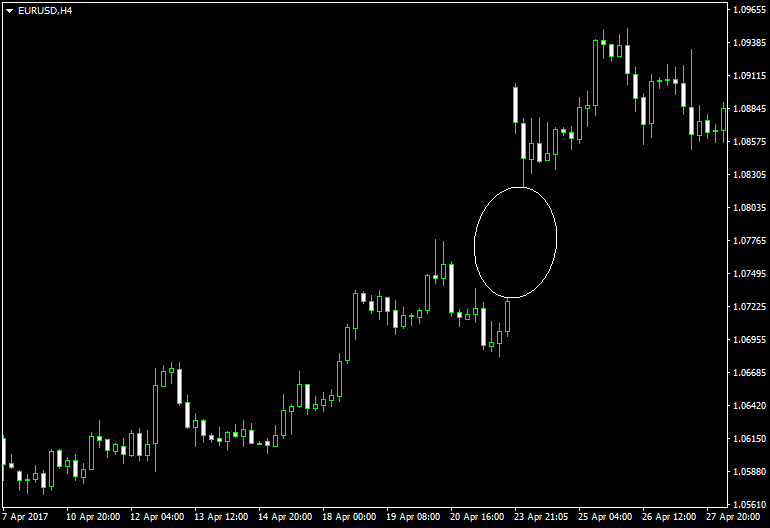 An exhaustion gap is usually seen in the final leg of a downtrend or an uptrend. The pattern is confirmed on the basis of low volumes. The EUR/RUB chart below shows an exhaustion gap formed few days before the second round of the French election, conducted on May 8, 2017. 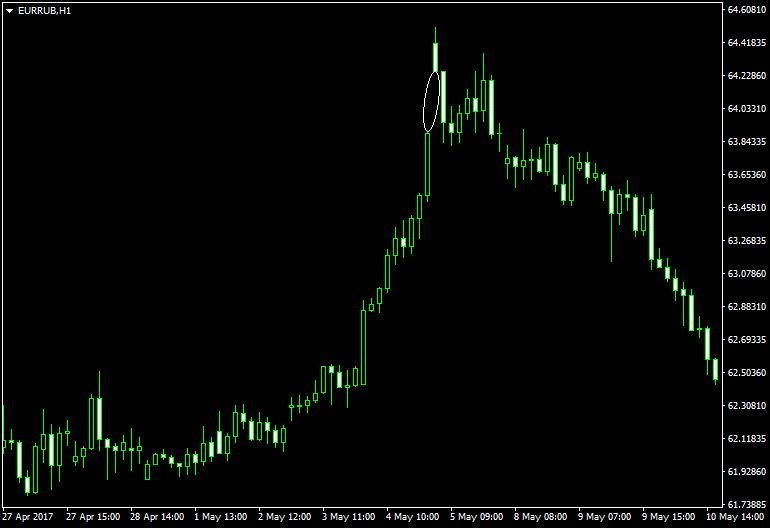 A common gap is formed when an overwhelmingly positive or negative news is announced. For example, retail sales, unemployment change, NFP, and GDP growth data can result in the formation of common gaps. When IHS Markit reported a lower than anticipated flash manufacturing PMI (US) on March 24, 2017, the USD/CAD pair made a common gap pattern as shown in the chart screenshot below. Earlier that day, Statistics Canada had reported better than expected core CPI data. 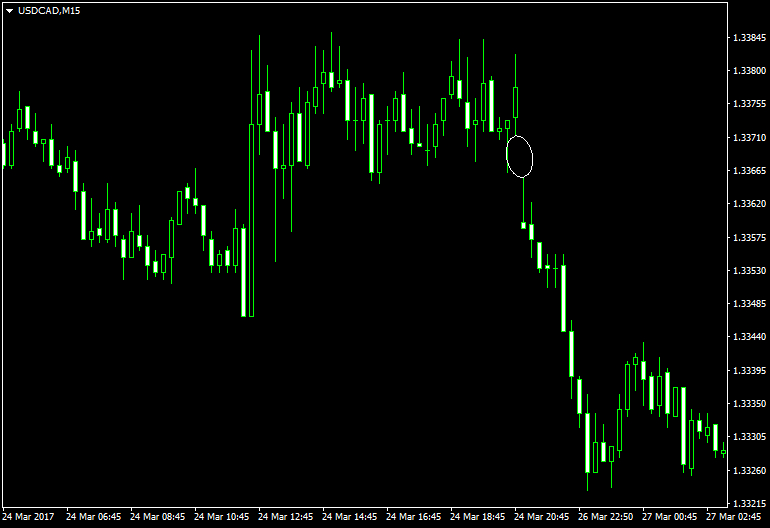 It would be an interesting opportunity to create trading strategies once you become well experienced in identifying price gaps and their nature as they form on the chart.

Alternatively, you can try using our Forex gap strategy developed for the weekly gaps in JPY-based currency pairs.