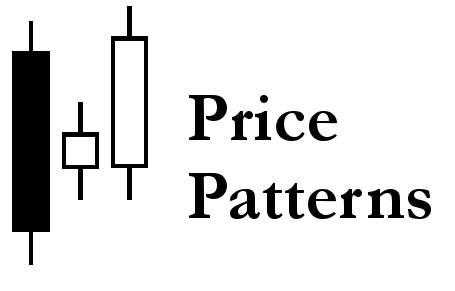 The presented research paper is 20 years old, but it is not only interesting but also provides a really great proof of candlestick patterns working as a predictive tool. The Predictive Power of Price Patterns was written by G. Caginal and H. Laurent from the Mathematics Department of the University of Pittsburgh. It was first published in the 5th issue of Applied Mathematical Finance journal in 1998 and is now available as a downloadable .

The introduction of the article begins with the description of the state of affairs in the scientific perception of technical analysis of the markets as they were in 1996. Then, the authors describe their hypothesis (that the usage of price patterns can give traders an advantage over competing traders) and how it can serve as the evidence against the  hypothesis.

The main part of the article then describes the Japanese candlestick patterns that have been used in the study. They are not some complex or exotic ones — three white soldiers, three inside up, three outside up, morning star, and their respective bearish counterparts. The patterns are simplified a lot to avoid parametrization. Since all those patterns are known as trend reversal patterns, the researchers had to account for an uptrend or downtrend condition — they used a simple 3-day moving average, which has to be rising or falling during at least 5 of the 6 days preceding to the pattern's appearance.

The test is conducted on a large number of world's equities and also on all the S&P500 constituents (as of 1996). The results of  trading are compared to trading based purely on the  moving average. In all of the examined cases, utilization of candlestick patterns led to a significant increase in probability of picking the right trend direction. Additionally, all eight patterns proved to be profitable for trading during the studied period (1992–1996) even after the authors deducted commission and bid/ask spread expenses.

Unfortunately, there are few drawbacks if you try to apply the knowledge contained in this to the foreign exchange market:

You may say that there is little practical interest in the fact that some candlestick patterns have been proved to work on some stocks more than twenty years ago. Nonetheless, it was likely the first published scientific evidence of technical analysis validity:

To the best of our knowledge this is the first time a scientific test has shown statistical validity of any price pattern.

This research paper can be used by FX traders as a great starting point in a scientific approach to trading and developing their own price pattern strategies followed by objective testing.

If you have any questions, comments, or opinion regarding The Predictive Power of Price Patterns by G. Caginal and H. Laurent, you can discuss it on our Forex forum.