ChannelPattern MetaTrader script is a simple tool to draw customizable breakout entry and exit levels based on a channel chart pattern. It is available both for MT4 and MT5. ChannelPattern script was developed to be used in combination with the ChartPatternHelper EA but can also be used without it.

Sometimes, a trader would need to work with channel pattern breakout setups. Such setups can be based on all sorts of channel — descending, ascending, or horizontal. Usually, such setups share some common traits:

To avoid doing all these calculations and then placing the chart objects in MetaTrader manually, you can use the handy ChannelPattern script presented here.

For it to work, all you need to do is to place the initial Border channel, name it "Border", and run the script. It will do all the calculations and place the 10%/100% channels completely by itself.

Additionally, the ChannelPattern script is very customizable and can even draw Entry/TP levels as trendlines on a chosen side of the Border channel. By default, it will draw two channels (Entry and ) around the given Border channel. If the input parameter Sides is set to Upper or Lower instead of Both, the script will draw trendlines on a selected side only. This may help when you only expect a breakout from that particular side. 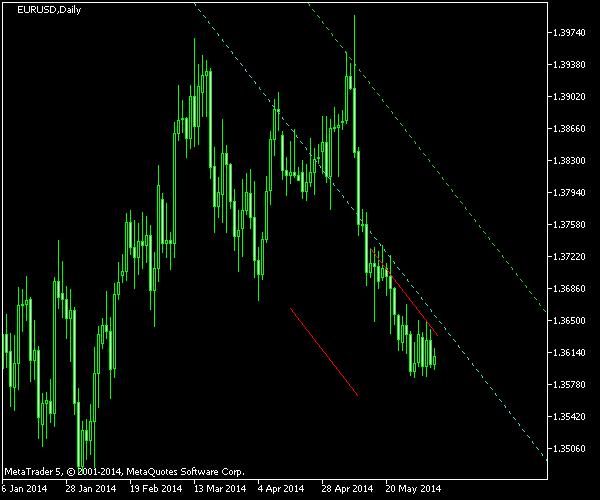 To install the script in MetaTrader 4, please follow the instructions below:

To install the script in MetaTrader 5, please follow the instructions below:

You can also read a more detailed instruction on how to perform the installation.

Do you have any suggestions or questions regarding this script? You can always discuss ChannelPattern with the other traders and MQL programmers on the scripts forum.