Many traders encountered strategies and expert advisors that produce highly stable losses as the result of their trading. The majority of those traders at least once considered a possibility of reversing the strategy/EA by switching buy and sell orders, hoping to reverse the strategy's results. In almost every case this tactic would fail and the results of the reversed expert advisor would be no better than before.

There are two problems when reversing a trading strategy:

Which strategies can be reversed?

A reversible Forex strategy is a strategy where:

In reality, the third point (about the expected payoff exceeding the spread) is the biggest hurdle for making a profitable expert advisor out of a losing one.

A more or less normal strategy will produce results that on a long-term period over the course of many trades will be close to zero — no net profit and no net loss. That is true only absent spreads, commission, swaps.

Now, if you apply some spread cost to each trade, the equity curve will be trending downwards in a long term.

How to reverse a Forex strategy without stop-loss and take-profit?

The easiest case for strategy or EA reversal is when there is no stop-loss or take-profit involved. To reverse such as strategy it is enough just to swap its buy and sell entry signals.

A simple moving average cross strategy can be defined as follows:

Here is a chart with sample trades generated by such a strategy (via Adjustable MA EA): 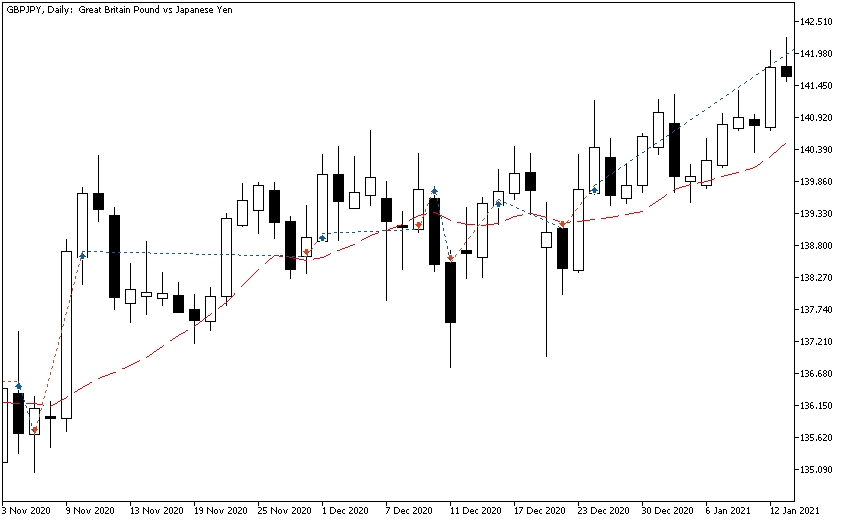 And here is a chart with sample trades generated by these reversed rules: 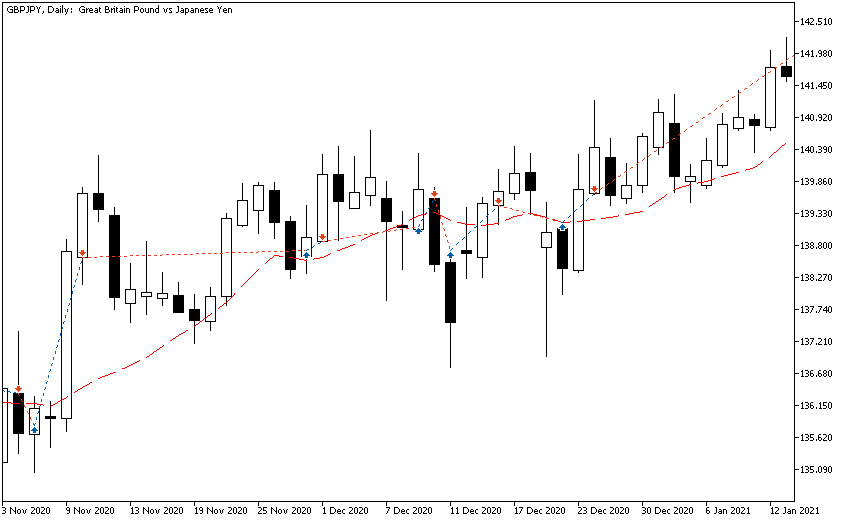 As you can see the trades get reversed perfectly.

How to reverse a Forex Strategy with stop-loss or take-profit?

To reverse a strategy or EA that uses stop-loss and take-profit orders, the SL and TP distances have to be swapped places, which means that the SL and TP levels remain the same.

The same simple moving average cross strategy from the example above but with stop-loss and take-profit orders:

You can see a chart with sample execution results generated by such a strategy (again, using the Adjustable MA EA): 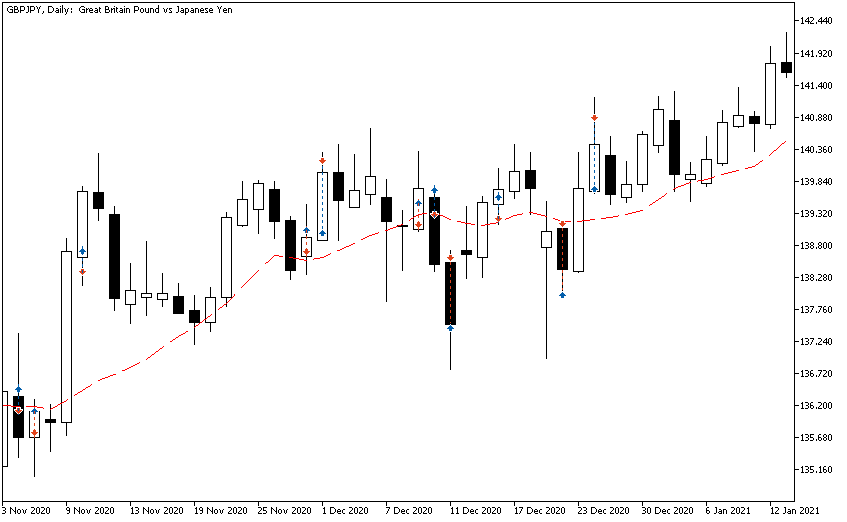 Running this strategy on the same period and currency pairs yields the following picture: 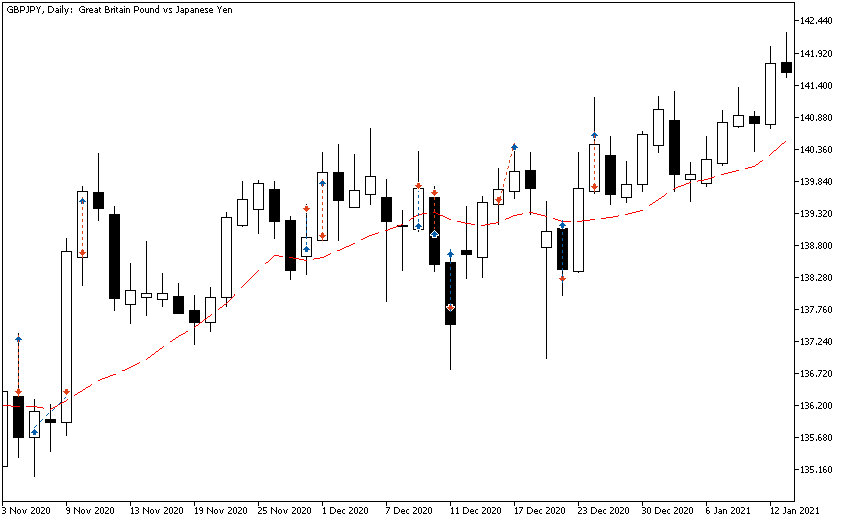 Does it make sense to reverse a losing expert advisor?

In short, it rarely makes sense to reverse an expert advisor that is consistently unprofitable. Due to spreads, even a perfectly reversible EA (no trailing stop, symmetry of entries and exits) will likely turn unprofitable after a reversal.

Here is an example of a balance/equity curve for the PersistentAnti expert advisor without a reversal:

And here is the result of the same setup but with a reversal:

This happens because there are thousands of trades and the original strategy's expected payoff (albeit negative) isn't large enough to compensate for that. This system just keeps on losing on spreads whether you reverse it or not.

So, the long story short, it is a very rare occurrence when reversing a strategy or EA will lead to improved results — and the only way to tell if this will work is to backtest the reversed version.

If you are interested in reversing FX trading strategies and expert advisors, you might find it useful to join our community forum for a discussion on the subject.