Are Forex charts random? Do attempts to predict the market and to trade currencies for profit even make sense? Lots of traders and simply curious people ask these questions and find a lot of contradicting answers online. The number of traders who claim getting consistent profits from the foreign exchange market is counterbalanced by a number of persons stating that the market cannot be predicted because charts cannot be reliably distinguished from the real ones.

One of the most famous supporting work for the randomness theory is Eugene Fama's article Random Walks In Stock Market Prices. Despite it seeming contradiction, the market randomness theory is based on the  hypothesis. On the opposing side, a book called A  Walk Down Wall Street by Andrew Lo and A. Craig MacKinlay does a great job backing up the case for the of markets. However, both camps are full of supporting articles, books, documents, and experiments. Nowadays, proponents of both points of view can be found among scholars, traders, analysts, and general public.

It is really difficult to prove this or that point of view here. Largely, because the claims of randomness or non-randomness of a financial markets seem to be unfalsifiable. However, it must be said that showing that a random chart produces all the chart patterns sought by technical analysts and that the latter could be easily tricked into analyzing a random chart doesn't mean that all charts containing chart patterns are random.

It is up to you actually to decide whether Forex market is random or not. Below, you will find two charts: one — real, the other — not so.

The first one is the EUR/CHF disaster of January 15, 2015, when the Swiss National Bank decided to abandon its floor rate on the currency pair: 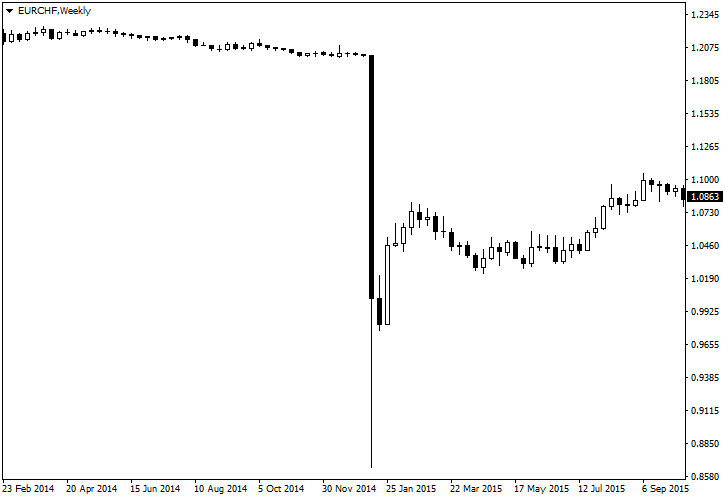 The second chart is a randomly generated one: 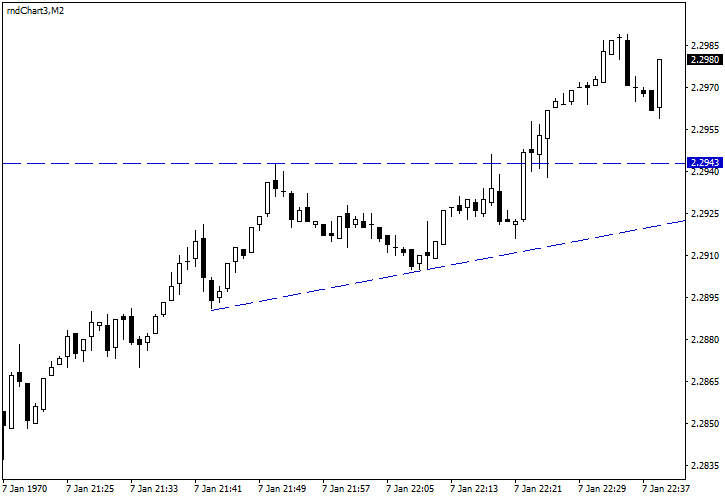 If you want to share your thoughts on whether the Forex market is random or not, please proceed to our forum.