Support and Resistance Forex trading strategy — is a widely used trading system based on the horizontal levels of support and resistance. These levels are formed by the candlesticks' highs and lows. A break-through of these levels after a period of consolidation gives a signal for a trend. This strategy doesn't require any chart indicators except for the ability to draw lines (at least imaginary). 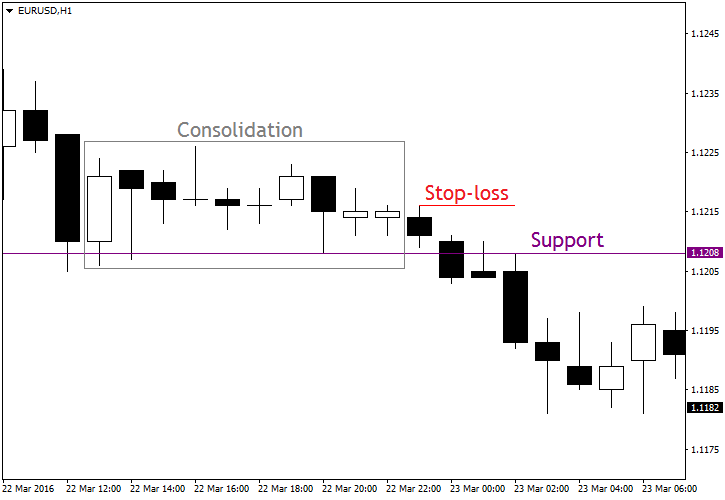 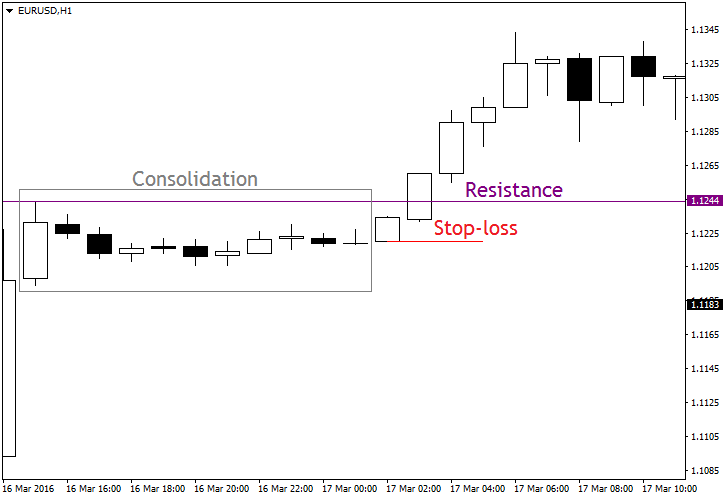 A period of consolidation is clearly seen on both example charts. In both cases the support/resistance level is formed by two candles on a rather short period. Stop-loss is placed close to the entry level. Take-profit couldn't be clearly set at the position entry moment, but a risk/reward ratio of not less than 1:2 could be used easily. If you are having trouble detecting support and resistance levels on the chart you can use our free MT4/MT5 indicators for that: Support and Resistance or TzPivots.

Do you have any suggestions or questions regarding this strategy? You can always discuss Support and Resistance Strategy with the fellow Forex traders on the Trading Systems and Strategies forum.