Investors are in no hurry to open new trading positions ahead of the publication of inflation statistics from the UK, as well as the speech of the head of the US Federal Reserve, Jerome Powell, who, as analysts hope, will outline the immediate prospects for monetary policy. So, some agency representatives said they were not opposed to another rate hike by 75 basis points, and a more conservative position still suggests an increase of only 50 basis points, after which a pause will be required to assess the measures taken.

Quotes of gold, traditionally protective assets, are supported by growing fears about a slowdown in the global economy. Also, the geopolitical risks associated with the development of a military conflict in Ukraine are not weakening yet, while the countries of the world are forced to deal with the consequences of a sharp increase in energy prices. Analysts are confident that rapid inflation on a global scale and a slowdown in economic growth can catalyze stagflation in the US economy, and the US Federal Reserve's measures to tighten monetary policy will be insufficient. It, in turn, will allow gold to regain investor interest and overcome the level of 2000.

An additional negative factor for the metal is the increase in the yield of US Treasury bonds amid expectations of further actions by the American regulator. As new signals for the asset, there is the talk about a possible restriction of Russian gold imports by European countries in the next sanctions packages from the EU. In particular, Denmark has previously announced such a possibility. 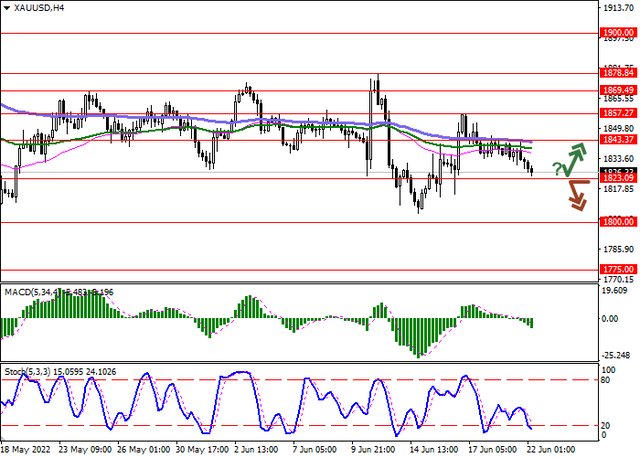 I'm favoring shorts! Too many retail traders and investors are bullish on gold. Stops must be collected.
Reactions: SOLIDECN

Gold price fluctuates around the EMA50 that forms intraday resistance against the price, noticing that stochastic has positive momentum to reach the overbought areas, waiting to motivate the price to rebound bearishly and resume the bearish trend, which targets 1810 followed by 1780.25 levels as next main stations.

Therefore, our bearish overview will remain valid unless the price rallied to breach 1850 and hold above it. The expected trading range for today is between 1810 support and 1850 resistance.​
Reactions: Fried_Rice

XAU USD - The pair may grow. Gold price shows negative trades now, reinforcing the expectations of continuing the bearish trend in the upcoming sessions, reminding you that we are waiting to visit 1780.25 followed by 1750 levels as next main stations, while holding below 1818 represents the first condition to continue the suggested decline.

The expected trading range for today is between 1780 support and 1825 resistance. 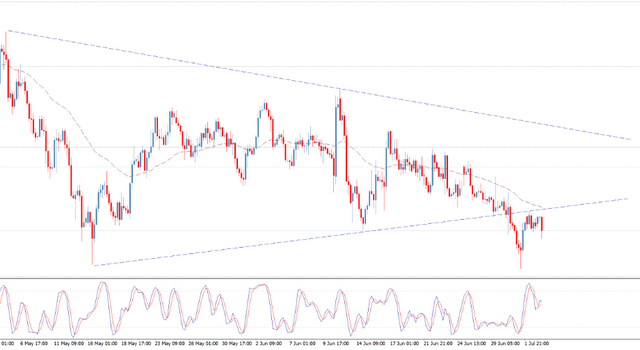 The expected trend for today: Bearish​

Gold is ready for a local reversal​

There are only three most liquid equivalent assets in the global economy: the US dollar, oil, and gold. When one of them rises sharply, the other two always fall, which is what is happening now: the oil price has fallen below 100, and gold quotes are approaching 1700. This situation cannot last long: the issue of the US currency causes an increase in inflation, which has already exceeded 9.0%, which means that the purchasing power of the population has decreased again, and this will lead to a drop in demand for the dollar, which will provoke an increase in oil and gold. On the daily chart of the asset, the price is moving within the global downward channel. Technical indicators maintain a sell signal, not excluding a slight correction: fast EMAs on the Alligator indicator are below the signal line, and the AO oscillator histogram has formed the first rising bar in the sell zone.