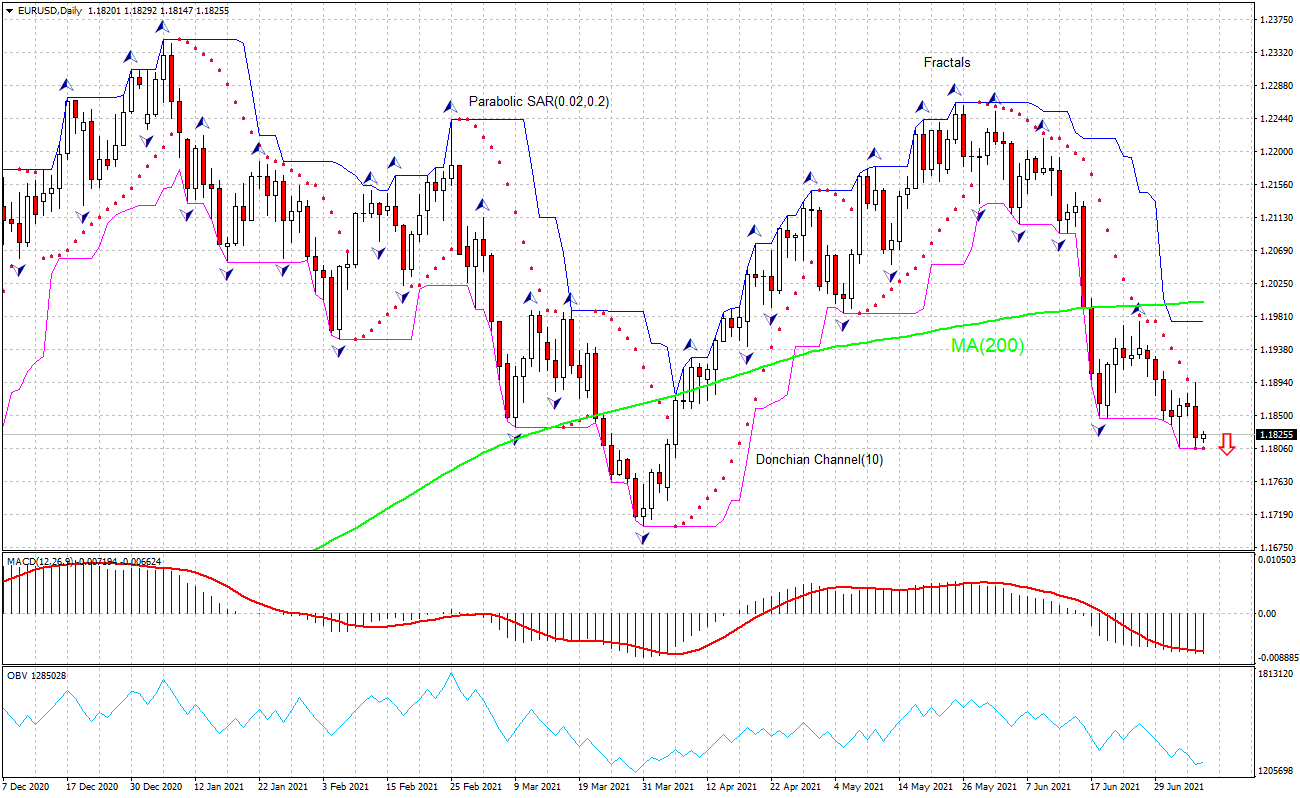 The EURUSD technical analysis of the price chart on daily timeframe shows EURUSD,Daily is retracing lower after falling below 200-day moving average MA(200). We believe the bearish movement will continue after the price breaches below the lower bound of the Donchian channel at 1.1806. A level below this can be used as an entry point for placing a pending order to sell. The stop loss can be placed above 1.1974. After placing the order, the stop loss is to be moved to the next fractal high indicator, following Parabolic signals. Thus, we are changing the expected profit/loss ratio to the breakeven point. If the price meets the stop loss level without reaching the order, we recommend cancelling the order: the market has undergone internal changes which were not taken into account.

Economic data of the last couple of weeks indicate German economic performance has been improving. Will the EURUSD retreat reverse? German economic data have been improving in the last couple of weeks. Business sector expansion accelerated in June, business sentiment improved while consumer sentiment deteriorated less than expected in June, and economic sentiment survey indicated business view on overall economic prospect is unusually positive in the coming six months. Thus, Markit reported the composite PMI rose to 60.1 in June from 56.2 in May, Ifo business climate index rose to 101.8 in June from 99.2 in May, GfK consumer confidence index climbed to -0.3 for July from -6.9 for June, and ZEW survey indicated economic sentiment index for July declined to 63.3 from 79.8 in June. Improving statistics for the largest economy of euro-zone is bullish for EURUSD. However, the current setup is bearish for EURUSD.
Toggle signature
IFC Markets. Corp.
Regulated Forex & CFD Broker
International financial sercvices since 2006
Show hidden low quality content