Different countries deal with the retail Forex trading industry differently. Long gone are the days when regulators ignored small traders and their relationship with brokers. Developed countries set up the regulatory frameworks that protect the retail customers but create many restrictions. At the same time, some countries go as far as prohibiting retail FX trading altogether. 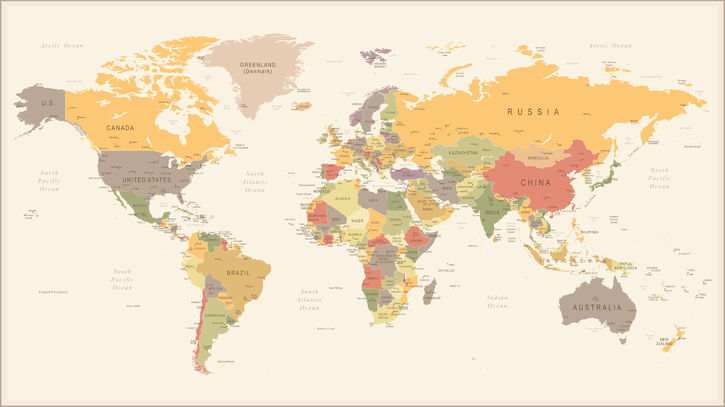 Below, you can see some of the countries that have important restrictions on retail Forex trading activities:

Following the  reform implementation, the CFTC enacted rules that significantly limit the possibilities for the retail traders who reside in the United States. The most prominent of those rules is the one that restricts companies not registered with the CFTC and NFA to deal with the US retail traders. This means that the choice of FX companies to trade with is very limited for the US traders. The number of the properly regulated US brokers is low because of a very high capital requirement ($20 million). Additionally, the retail traders are limited to 1:50 maximum leverage with the major currency pairs, FIFO execution, and the lack of position hedging (locking) capabilities in their trading platforms. Also, CFD trading instruments are not available to the US traders.

Forex trading is completely legal and relatively liberal in China, but the strict capital controls prevent Chinese traders from opening accounts with foreign brokers. This means that big international brokers attract Chinese customers by setting up their own local companies in the country. Even though it somewhat reduces the competition in the industry, Chinese retail traders may still opt for doing business with the offshore FX companies that accept deposits in Bitcoin or some other uncontrollable method of payment.

Retail Forex trading is legal in India but only on the registered exchanges. It is illegal for Indians to engage in spot currency trading. Not only that, but trading is only allowed in INR currency pairs. This puts Indian FX traders into a rather poor situation compared to the rest of the world.

The Financial Services Agency allows Japanese Forex traders to operate only through domestically licensed brokers. It also applies a rather heavy restriction on margin trading — 1:25 maximum leverage for major currency pairs. Despite that, the Japanese retail FX industry is very competitive and is booming for quite a long time now.

Forex trading in Korea is a tougher mix of China and Japan. Similar to China, it is illegal for Korean Forex traders to open accounts with foreign brokers due to the capital controls. At the same time, domestic brokers provide very restricted trading conditions due to tight regulation. The maximum leverage for FX trading is just 1:10 there.

Turkey enacted regulations that prohibit foreign brokers to work with the country's retail FX traders. A brokerage company has to be licensed by Capital Markets Board of Turkey to be allowed into the country's retail market. Traders will have to cope with 1:10 maximum leverage and ₺50,000 minimum deposit (about $5,600) when dealing through such brokers.

Since August 1, 2018, the European Securities and Markets Authority (ESMA) has enacted severe CFD trading restrictions on the whole territory of the European Union. Nowadays, these restrictions have been supported by all national regulators and are also used as a standard by the FCA of the United Kingdom (which is no longer part of the EU). Although they do not make it illegal to trade Forex in Europe, the restrictions lower the maximum possible leverage to 1:30, mandate a 50% margin stop-out level, negative balance protection, ban bonuses, and require a standardized risk warning.

Luckily, many traders still live in the countries that do not seriously restrict retail FX trading. In most of Europe, one can still open a Forex trading account with a foreign broker despite the warnings issued by the local regulators. And in many countries (mostly Latin America), the retail Forex trading industry is still a Wild West.

If you want to share some interesting points about the legality of Forex trading in your jurisdiction or if you want to add something about restrictions in a country not mentioned in this guide, please proceed to our forum.