Traders have a plethora of markets to choose from. Despite the popularity of cryptocurrency trading, the most popular remain the foreign exchange (Forex) and stock markets. While trading in these markets might seem similar on the most basic level, there are several important differences between Forex and stocks. This guide explains those key differences. Knowing them should help you understand which market is better suited for you.

This guide can help a novice trader to decide what market is better fits their needs. But it can also be useful to experienced traders who want to try their hand at trading in a new market, be it a Forex trader contemplating stock trading or a stock trader eyeing currency trading. 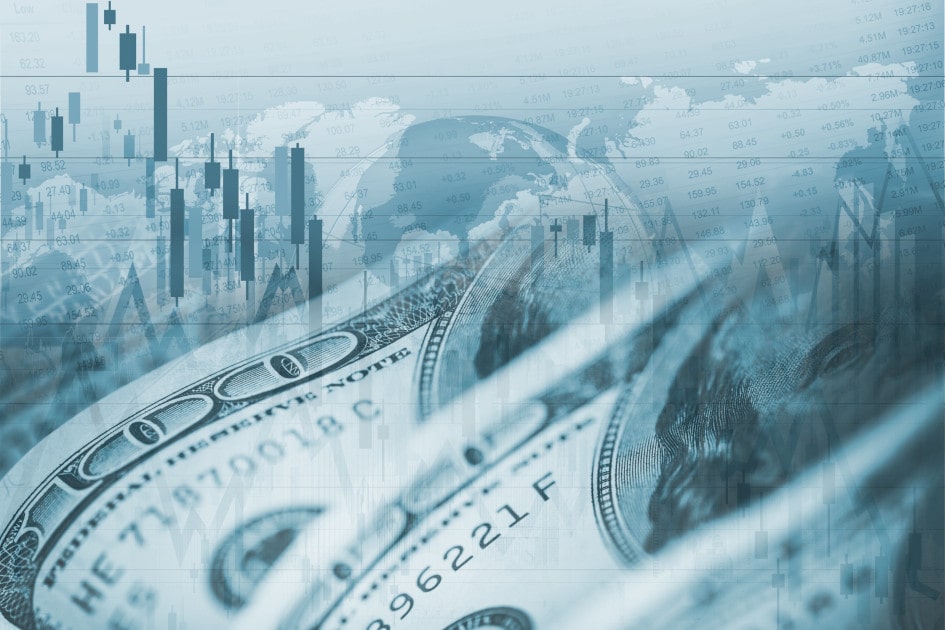 The Forex market involves trading currencies. Or to be more specific — currency pairs. That means that when a trader buys one currency pair, they sell another at the same time.

The stock market involves trading shares of ownership in companies.

Forex is traded 24 hours per day, five days per week. The day is divided into three sessions — Asian, European, and American. Trading is most active during the overlapping hours between two sessions. On the upside, traders can participate in the Forex market anytime they want during the workday. On the downside, the market can experience large moves while traders sleep. That makes it extremely important for traders to employ safety measures, such as stop-loss.

Stocks are traded during the specific hours when the exchange where the stock is listed operates.

The Forex market is usually influenced by macroeconomic factors. That includes such things as employment, inflation, gross domestic product, etc. The Forex also tends to react to political news and events. As FX trading involves two currencies, a trader should consider both economies that employ those currencies. And sometimes, news from a country not directly linked to the currencies being traded can influence the currency pair. It happens when that country has strong economic ties to one or both countries using the currencies in question or if that country has a big impact on the global economy (such as the United States and China). In short, Forex traders should consider a large number of different fundamental factors.

In contrast, stock traders usually have to deal with a much smaller number of factors that directly impact the companies' shares of which they trade. Examples of such factors are the company's cash flows, earnings, and debt. Yet more global factors, such as sector health, economic data, and geopolitical news, can influence stock prices too.

Number of options on market

The Forex market, being the largest market in the world, involves an extremely high volume of trading. At the same time, the number of trading instruments that exist on the market is relatively limited. There exists only a limited number of currency pairs that are traded freely.

The stock market has a smaller volume than the Forex, but its volume is also substantial. The stock market has an extremely large choice of assets for traders. On the upside, that can potentially allow a trader to find some overlooked gems. On the downside, the wealth of options can overwhelm a trader. One solution to that is to trade popular blue-chip stocks, such as Amazon, Apple, Facebook, and Microsoft. Another option is to use exchange-traded funds (ETFs) as they hold a whole range of assets, removing the need to bother with each specific company. Global indices such as S&P 500 and Dow Jones are yet another option for those stock traders who do not want to research separate companies. Alternatively, a trader willing to risk can seek out cheaper and less popular penny stocks in hopes of finding a successful startup.

The Forex market is the most liquid financial market in the world. That means a trader should not have a problem with buying and selling a currency, especially if they trade popular currency pairs. But even with more exotic currencies, there should be at least somebody willing to buy or sell them as the Forex works globally around o'clock.

The stock market is less liquid in comparison, though its liquidity is also remarkably high, at least if we are speaking about the blue-chip stocks. Traders buying and selling shares in such companies as Microsoft and Apple should never have trouble finding someone who wants to buy or sell such stocks. But if a trader wants to trade shares in some virtually unknown company, it is not impossible to encounter a situation when no one is interested in its stocks at the particular moment.

The Forex market is less volatile than the stock market. Exchange rates in major currency pairs rarely change more than 1% during a day. Due to this, most of FX trading involves high leverage.

The stock market is less stable. Individual stocks can gain more than 5-10% per day during strong bull rallies. This makes them suitable for trading with low leverage or no leverage at all.

Forex traders usually have access to a rather high leverage. That increases potential profits but also raises the risk of big losses in a market, which is not too volatile on its own.

The stock market, on the other hand, typically has much smaller leverage. That makes it a comparatively safer market for unsophisticated traders.

Looking at the features of each market, it is easy to see what type of traders favor each market. Traders who want to make quick shorter-term (including intraday) trades and are willing to tolerate high risk should be more interested in the Forex market. The stock market is more suitable for traders who prefer stability and longer-term investments. For medium-term traders, both foreign exchange and stock markets are viable.

Did you know? Forex CFD brokers offer contracts for difference trading on many stocks. This allows speculation on the price of popular stocks with extra-high leverage.

If you want to share your opinion, observations, conclusions, or simply to ask questions regarding the difference between the Forex and stock markets, feel free to join a discussion on our forum.