The global financial markets are interconnected and depend greatly on the financial and macroeconomic statistics. The Forex market is not an exception. Currency rates — the basic instruments of the foreign exchange market — are affected by the by major financial news, fundamental statistical reports and important geopolitical events. But nothing compares to seeing the actual effects of the news on the Forex market. Here you will find three major examples of such influence.

Such news as monetary policy decisions by the major central banks have an immediate impact on the currency pairs. If the interest rate is changed too fast or too slow, or an unexpected comment is made about the future interest rate changes, the currency pairs rally or fall with a speed of light. When the Federal Open Market Committee (FOMC) of the US Federal Reserve announced its first rate cut from 5.25% to 4.75% on September 18th, 2007, after a long series of the rate hikes, it pushed EUR/USD up. On the EUR/USD hourly chart below you can see a jump in the rate as the dollar lost a part of its attractiveness with the lower interest rate and the euro advanced. The reaction has been instant and a strong bullish trend has followed afterwards: 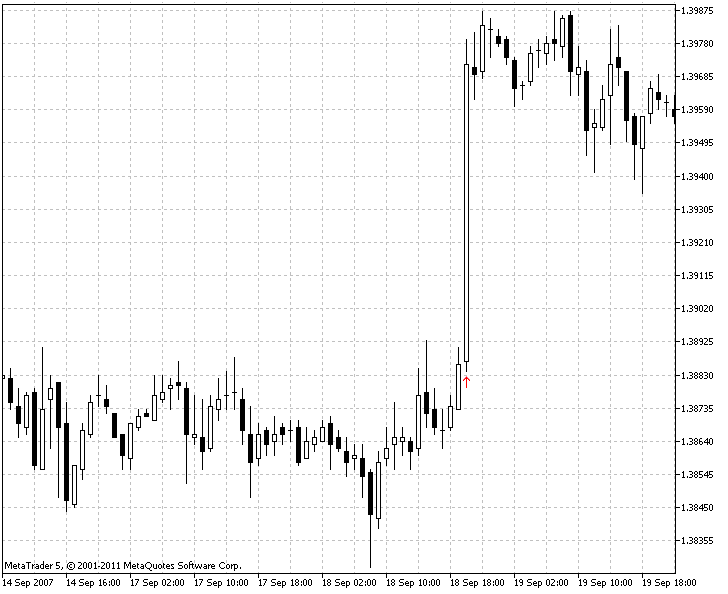 Another important type of Forex news that has a strong and immediate impact on the currency rates is the macroeconomic releases and reports. One of the most noticeable effect belongs to the US quarterly GDP data releases. If the reported quarterly change differs from the expected value or is simply significantly above/below the previous quarter, currency market react with unpredictable fluctuations. When the Bureau of Economic Analysis (US Department of Commerce) released its advance GDP report for Q2 2008 on July 31st, 2008, a sharp spike appeared on all dollar-related pairs. The reported change was +1.9%, which was below the expected +2.3% value. The presented chart shows EUR/USD hourly price movement with a strong spike-like candle exactly after the GDP report has been published: 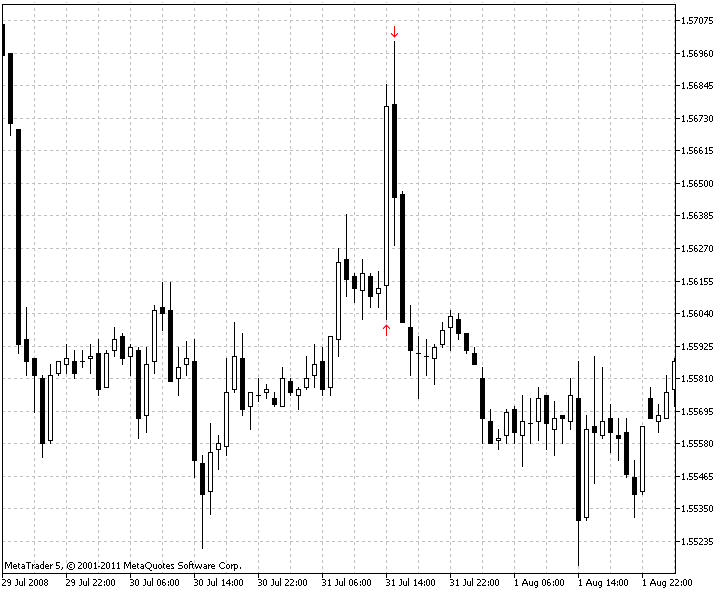 Some global geopolitical events have a considerable influence on the Forex market. Wars, political scandals, elections, peace treaties, nuclear bomb tests and terrorist attacks usually result in a lot of consequences and expectations regarding those consequences. And the currency rates respond to such events with the fluctuations that end up in termination of the old trends and setting up of the new long-term trends. September 11th attacks upon the United States was a major global event that was followed by unprecedented geopolitical consequences — war in Afghanistan and Iraq, higher spending on US war budget and a higher US fiscal debt. As can be seen on the EUR/USD monthly chart below, that September was one of the pivotal points in trend reversal from a bearish one to a bullish one. The dollar has been falling since then: 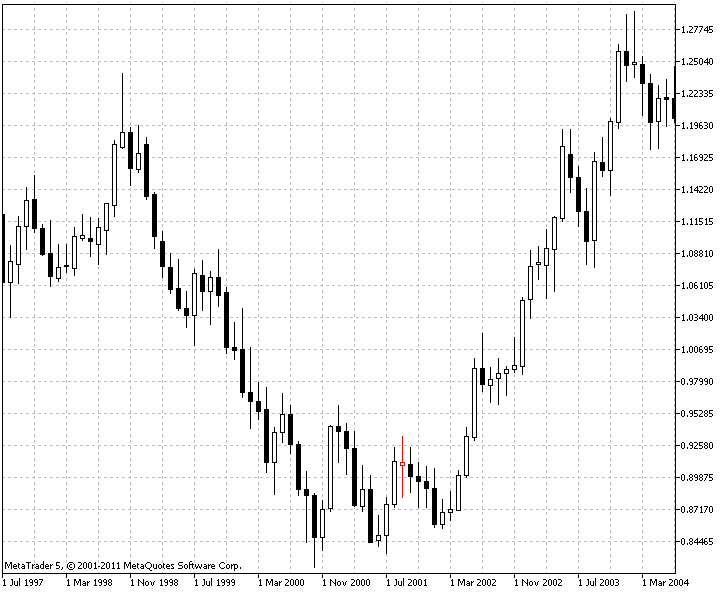 As you see, the impact of the news on the Forex market can’t be ignored. Whether you trade intraday or long-term, your currency positions will be affected by the Forex news. That’s why it’s important for the currency traders to monitor all the related news and make the market decisions in relation to them.