We continue our series about the notable Forex scams with an article about an enterprise called Botfly LLC, which operated from 2005 through 2010. 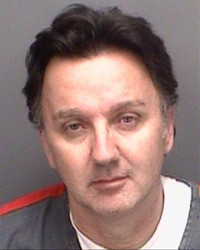 In a calm state of mind, a close look at the promotional materials of any scammer will quickly reveal to any layman that the offer is too good to be true. However, scammers never find a shortage of investors to prey with their Forex Ponzi schemes. The reason is that the Ponzi schemes are usually structured in such a way that it kindles the greed of investors. Furthermore, the scammers always have a knack of keeping the investors in an excited mood through their exceptional sales pitch and forcing them to make decisions without a second thought.

The Ponzi scheme offered by Florida resident David R. Lewalski through Botfly LLC was one such classic example of luring greedy investors who had no firsthand knowledge of the Forex markets.

Beginning in 2005, Lewalski, the president of Botfly, began offering an investment scheme to investors on the false premise that Botfly was a registered investment company that traded currencies on the Forex market and earned substantial profits. Lewalski guaranteed to pay a minimum of 10% per month or a whopping 120% per annum on the principal invested. Lewalski falsely claimed that he was an expert currency trader and so paying 10% simple interest per month is not at all a difficult task for him to achieve.

To attract investors, Lewalski provided a promissory note in lieu of the investment made in Botfly. The promissory note clearly stated that 10% interest per month will be paid to investors. According to the laws of Florida, a promissory note constitutes a security and an evidence of indebtedness. Thus, investors were convinced that the offer is genuine.

For nearly three years, Lewalski had only a handful of investors. The arrival of Jon J. Hammill changed the scenario very quickly. Hammill (from St. Petersburg, Florida) was initially appointed to assist Lewalski in fabricating monthly statements and preparing promissory notes for the new investors. Later on, he was made as the chief promoter of the Botfly’s investment program. The account statements were sent by ordinary mail or email until summer 2009. After that, Hammill and Lewalski began providing investors with online statements through their official website (www.botflyllc.com). Hammill credited investors’ account statements with a bogus 10% (according to the promissory note) rate of return.

Hammill, an efficient recruiter, duped investors by saying that Lewalski’s average monthly earnings is around 20% of the invested capital and paying 10% is considerably easier for him. To draw additional investments from the same investor, Hammill went to the extent of claiming that Lewalski’s monthly gain has crossed 35% on the investments and so there is no risk at all to the principal. Lewalski told some investors that he primarily traded only British pound and Japanese yen. Hammill, on his part, gained the confidence of investors by saying that Lewalski had been investigated by the Department of Homeland Security and given “a clean bill of health”. To certain investors who had little knowledge about Forex market, Hammill showed some price charts on his computer screen and justified the mind blowing returns from the program. To some other investors, Hammill told that Lewalski had a special software program to successfully trade in the Forex market.

To gain investors’ credibility, Hammill told an investor that trading was performed by Botfly at Deutsche Bank. In this regard, between December 31, 2008 and June 3, 2009, three fudged Deutsche Bank account statements were provided to the investor. The statements indicated that Lewalski had earned profits of $41,815.71, $37,258.66 and $52,578.49 respectively on the investors account.

Further, to increase the flow of fresh money, Lewalski and Hammill promised to offer referral fees of 10% of the new investment amount to anyone who brought a new investor. Thus, adding a flavor of MLM to their scheme. To encourage another round of funding from the old investors, Lewalski offered to pay a higher profit percentage if the investment crosses a particular threshold mark.

Specifically, to an investor who had deposited $20,000 earlier on, Lewalski stated that in case he increases the investment to $100,000, the funds would be traded in a separate account and a 50% share of the profits will be paid.

Such actions aided rapid inflow of money into Botfly’s account. By early 2010, Botfly had received $30 million from 550 investors.

Lewalski maintained trading accounts with several brokerage houses, personally and in the name of Botfly. However, only about 4.7% of the illicitly skimmed money was used for trading activity.

Botfly transferred $1.29 million of investor funds from two accounts with Bank of America to two Deutsche Bank Forex (DBFX) trading accounts. As of August 25, 2010, when the judiciary was in control of the assets of Botfly, only $384,374.04 remained in the account. This means that the trading losses of Botfly, including fees, were $905,625.96. The loss represents approximately 70% of the capital invested in DBFX trading accounts.

Lewalski also tried his luck in trading through personal trading accounts with multiple brokerage houses. However, the result was no different. Lewalski funded his personal trading account at Switzerland based Forex trading firm Dukascopy with $1.55 million of investors’ funds. However, he quickly changed his mind and withdrew $300,000 from the Dukascopy account to his personal account at Bank of America. Of the remaining $1.25 million in Dukascopy account, Lewalski lost $530,288.94 (or 57% of the invested money) through trading losses and transaction fees. As of August 19, 2010, only a sum of $719,711.06 remained in the account.

Before going this far on a big scale, Lewalski used two of his personal accounts at Gain Capital Group to trade in the Forex market. The first account was funded with $7,500. However, after incurring a loss of about $6,000, the account was closed on November 30, 2007. The balance amount of $1,527.09 in the trading account was transferred to a new trading account. Lewalski also transferred $14,000 from his personal account at the Bank of America to the trading account. Lack of experience and knowledge reflected in his trading performance. After a withdrawal of $2,475, only $13.11 remained in the account on May 30th, 2008. Overall, Lewalski lost 88% of his capital invested in the Gain Capital Forex trading accounts.

Instead of using the investors’ funds for trading, Lewalski and Hammill spent the money for their personal gratification. Lewalski spent $766,000 on high end cars. Another $337,000 was used to purchase motor bikes, bicycles and cycling equipment. In an astonishing manner, Lewalski spent $852,000 of investor funds on private jet services. Additionally, $1.1 million was spent on luxury hotels, cosmetic and dental procedures, and  retailers. In fact, Lewalski went to the extent of purchasing a Ferrari with Botfly’s funds. To avoid raising red flag in the minds of investors, Lewalski told investors that when the market hit a particular level “the Ferrari was paid for.” Other than the  amounts, Lewalski also withdrew $912,509.23 from Botfly accounts.

Hammill diverted $1.3 million of investors’ funds from Botfly to his own company named Jon J. Hammill P.A. Additionally, Hammill also received a sum of $111,000 from Botfly for bringing investors.

As of July 2009, Hammill had a debt of $617,629. To avoid servicing the debt and to protect the  wealth, Hammill implemented certain protective measures. Hammill set up a shell corporation named Jon J. Hammill P.A. Hammill then filed a bankruptcy petition. However, he did not mention the relationship with Botfly and the amount of $100,000 received as commission for bringing in investors. Further, to hide the income, Hammill arranged the payments from Botfly to be sent to his shell company account.

On April 1, 2010, based on an investor complaint received against Botfly, the Florida Attorney General’s office filed an enforcement action against Botfly LLC, and its principals Lewalski and Hammill. The lawsuit alleged that the defendants violated the Florida law and engaged in a Ponzi scheme. On the same day, the Sixth Judicial Circuit Court ordered freezing of bank accounts and appointed a receiver to collect the rest of the funds and tangible assets purchased with the investors’ funds.

Lewalski, however, did not accept accountability to his fraud. He even asked investors not to  with the authorities and complained to them that the US authorities were employing ‘totalitarian tactics’ to make him accept the fraud. One of the investors was convinced to an extent of paying $50,000 for the defense lawyer of Lewalski. Soon after the Court filing, Lewalski left for Europe in a private jet (Gulfstream IV). After returning from the European trip, Lewalski settled in a posh hotel suite in New York, overlooking the Central Park. However, he never revealed his return to investors and pretended to be elsewhere.

On November 4, 2010, Lewalski was arrested in Manhattan and indicted on December 1.

During Court proceedings, Lewalski used foul language against the advocate Gabriel Mazzeo, who represented 179 of the Botfly’s victims.

The case was investigated by the US Postal Inspection Service, the Florida Department of Law Enforcement, the Florida Office of Financial Regulation and the Florida Attorney General's Office.

On July 29, 2011, Lewalski, aged 48, pleaded guilty to mail fraud. On November 17, 2011, Lewalski was sentenced to 20 years imprisonment. The Court also ordered him to forfeit $29.8 million along with numerous computers and related equipment.

Once the Federal officials understood the relationship between Hammill and Botfly, they revisited Hammill’s bankruptcy files. The bankruptcy order was revoked in December 2011 and a case of bankruptcy fraud was filed four months later. Hammill, aged 40, was sentenced to 30 months imprisonment apart from three years of probation after the release.

As of April 21, 2015, only $8.77 million of the investors' funds had been brought under the custody of the appointed collector. Once again, the investors learned a hard lesson by losing their life savings.

If you have any comments on this Forex scam or David Lewalski and Jon Hammill and their current activity, you can discuss it on our forum.