In continuation of our series about most famous Forex scams, the story goes about a guy named Danny Wall and his fraudulent educational and money management facility.

One of the Forex scammers of the past was Danny Wall, of 4 Squared Analytics LLC (4SqA.com). Understanding his scam can help you avoid similar Forex scams in the future. 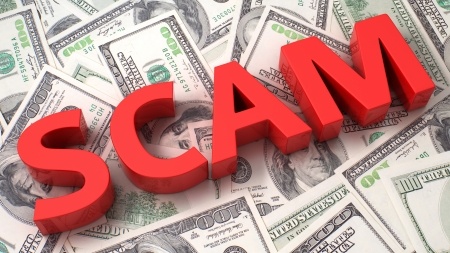 Danny Wall is a  con artist who has used a number of different aliases and been involved in different scams, including Internet marketing. One of his more lucrative scams was a Forex scam, in which he offered a training course for $1,000, and promised to put money into a “guaranteed pool” to grow at a rapid rate.

Part of Danny Wall’s Forex scam was to insist that the money would be used as a way to help you learn trading. At the end of a set time period, the money would be returned to you, and Danny would keep any profit he made. Basically, he claimed that he would use your money, show you how he made a good return, and then give your money back, keeping only the profits from the trading.

Another part of the Forex scam from Danny Wall was that he would put money in a “guaranteed pool.” This might be $500 or $1,000 or another amount. After three months of trading, Danny promised victims, he would double what was put in.

Some victims reported that, initially, Danny was responsive. However, many of them say that they didn’t actually learn much from his “education” offerings. The real issues started arising as the deadline for the return of the money approached. Victims report that Danny stalled and made excuses about where the money was, or invented problems that kept him from getting the money returned in a timely manner. Finally, he just stopped with the contact altogether.

The “guaranteed pool” didn’t offer any better results. Once the money went in, victims never saw it again. Danny Wall bought himself time with this Forex scam by asking for three months to double the money. Eventually, though, victims want their money back and aren’t satisfied with excuses. Unfortunately, with any Forex scam, the money is gone and there isn’t much chance of getting it back because scammers like Danny Wall don’t use sites like PayPal that can freeze his account and get you your money back. Instead, they ask for wire transfers or some other type of fund transfer that isn’t easily traced.

When evaluating claims from people like Danny Wall, it is important to understand that there are always red flags that come up. In the case of the Danny Wall/4SqA.com Forex scam, one of the biggest red flags was the existence of the “guaranteed pool.” Even with managed Forex accounts, there is always the chance of loss. Anytime someone tells you that they are going to double your money, and that the returns are guaranteed, that is a red flag. In any sort of trading, there is always the risk of loss.

Another red flag was the idea that Danny Wall would return your money after trading with it. Most of the time, when you pay for any type of course, you assume that the money is gone, because you are receiving a product or service. Telling you that the money will come back to you automatically is a red flag.

Finally, the fact that Danny Wall wouldn’t accept funds in a way that allowed them to be traced and frozen was another red flag. You want a paper trail, and you want to be able to use a form of payment that allows you to dispute a charge and get your money back through official channels.

While you can buy good courses from reputable sources, and while there are legitimate Forex trading accounts and trading managers, you need to be careful. If it seems too good to be true — like Danny Walls claims — it is probably a Forex scam.

If you have any comments on this Forex scam or Danny Wall and his current activity, you can discuss it on our forum.