Presented below is a review of a research paper called Crowds, Crashes, and the Carry Trade. It was published by Valeri Sokolovski, a finance scholar at HEC Montréal. It was presented by Mr. Sokolovski at the conference called Exchange Rate Models for a New Era: Major and Emerging Market Currencies organized by the City University of Hong Kong. The article is available for free download in our Forex section.

Additionally, Valeri uses measure to assess carry trade crowdedness and its effect on the carry trade returns and finds the results to be consistent with those derived from the spot FX correlation implied crowdedness. 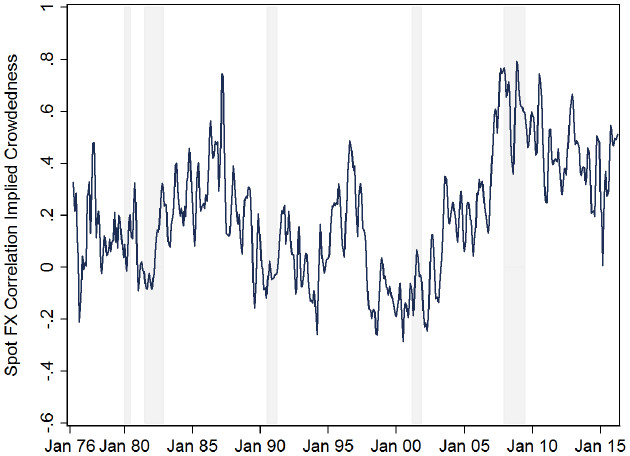 The most important conclusions made by Valeri Sokolovsi in his article are the following:

You definitely need to read this (or at the very least skim through it) if you are interested in a carry trade strategy. Not only will it help you to set up your carry trade positions better, but it will also teach you how to measure carry trade crowdedness and to mitigate some of your biggest losses using this knowledge. Carry trade is a proved profitable strategy; yet it is associated with high risks, which get realized mostly in the form of crashes. This research paper will help you to learn more about the cause of such crashes.

If you have any questions, comments, or opinions regarding Crowds, Crashes, and the Carry Trade by Valeri Sokolovski, feel free to post them on our Forex forum.