Trading Based on the Power of Numbers

This is unlike anything you have seen before or worked with. This is a revolutionary new trading system that aims to help the people Rise Above. 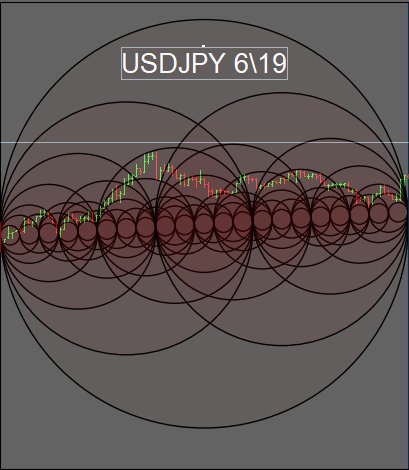 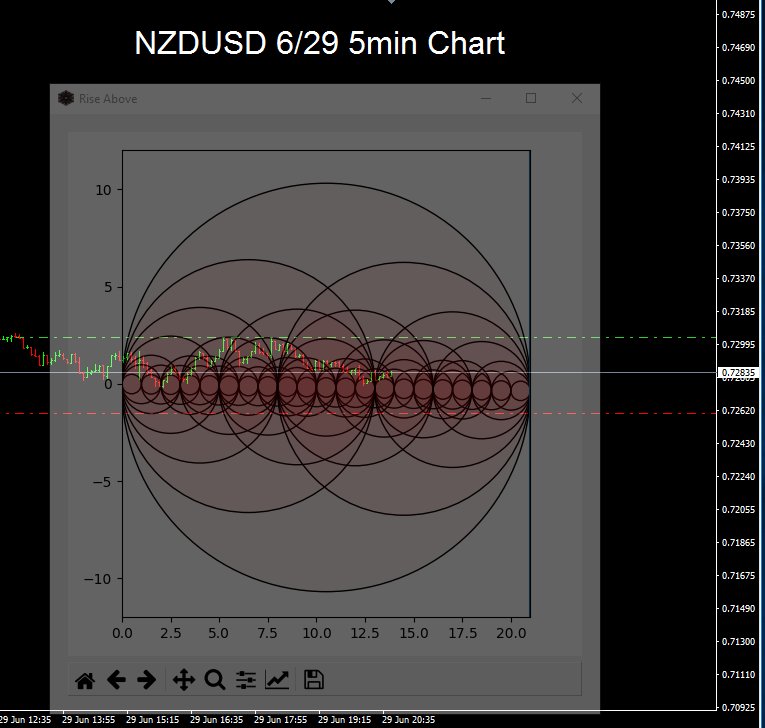 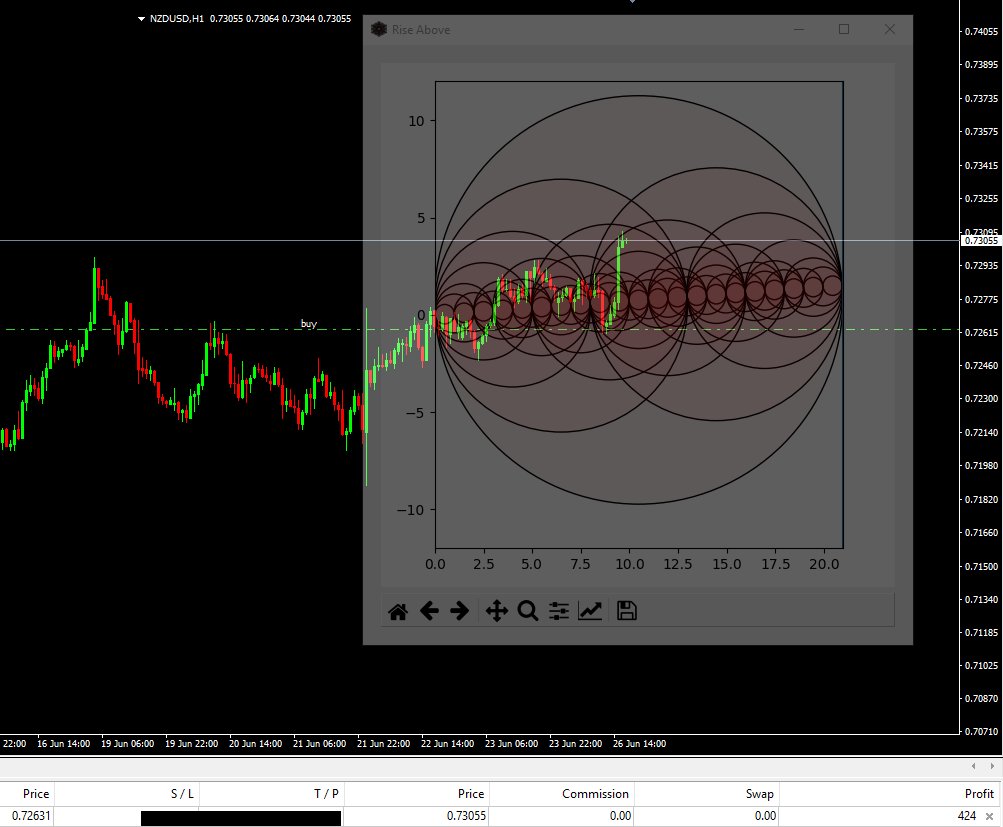 We are a small team who loves to explore the unknown. Eight years ago we were drawn into the Forex market. It was not the lure of money that got us hooked, but the challenge it offered us - what makes the market move? What boundaries are prices held to, and why do they bounce back and forth in such a way that is perceived as random?

All of the indicators on several different platforms we tried could not give us what we were looking for. Even the circle shape one platform offers is of no use: it cannot keep its proportions at all. And if any of the indicators were of value, and the majority of traders learn off of them, use them, implement them, why are the majority of traders still struggling financially, still have a day job or even two, still are behind on their bills...? We knew that the indicators did not hold the answer either.

They say the markets can not be predicted, but when you study the subjects that most people do not have an answer to, you begin to learn that everything has a reason, an answer. And you come to an understanding that numbers move our existence.

It is with this frame of mind that we began exploring numbers, patterns, and geometries in relation to the markets. If it can be charted, it can be studied. We applied several different patterns, geometries, and complex curves derived from mathematical relations between numbers; all holding some key to unlocking the mystery. Each pattern, each geometry reveals something about the markets in some way.

In reality, you can use any form of patterns or geometry to make what we call a "Net." It is possible to catch every single boundary, but most are from such small moves that the plot would be filled with so many boundaries so close together, making it almost impossible to profit considering spread and execution time. But if you take the bigger, more prominent moves, it is easier to work with to construct our Net.

This makes it possible to know ahead of time the prominent mathematical boundary of price. This does not ensure that price will hit that boundary at that time, but it tells us that if price does hit that boundary, there will be a response.

This means that the markets are kept within boundaries by mathematical relations. These boundaries are not defined by news or events. News and events play in, but only because they themselves are being driven by the current energy, the numbers behind everything. News and events are like the foot on the pedal and the hand on the wheel: they control the speed and power, and the direction of the vehicle, but that does not change where the stop lights are placed on the map. Everything is all connected by numbers.

Out of all the patterns, geometries, curves, and configurations we worked with, this particular configuration shown works the best. It is constructed of Fibonacci Circles in a certain pattern, and the movement of price according to these patterns can be seen.

Any geometrical pattern or mathematical equation, even complex Bezier curves and nth degree polynomials or parametric equations, can be coded into this program and accurately solved for, and any manipulations such as rotations and movements can be added. The markets can be studied using any encoded pattern like never before.

This program can be used with any trading platform, as it is a simple overlay which can be docked and transparency adjusted. It does not connect to any accounts, or the internet. After some quick configurations, it can output the prominent boundary price values according to the configuration setup, for any specific time period in the future for any specific date and time. This data can then be worked with for day trading, long term trading, even scalping. It works on any time frame, any pair. We are sure it would work with the stock market as well, but we have not tested it out yet. But again, if it can be charted, the same rules apply.

We believe in coming together and Rising Above as a people. Mainstream does not hold the answer for many of our issues we face as a people, such as poverty, disease, hunger, homelessness... or the world issues at hand. Let us stop fighting each other and come together. When we stand together, we can Rise Above.

We will work with you. We do not want to create more greedy people in this world. We want to change the world!

*This contains a copyrighted program that has taken us several years to accomplish. In no way shall its concept or idea, implementations or structure, be imitated or copied elsewhere. That is copyright infringement. This program can be compiled as an .exe application and run on Windows. It was built on Linux and can also be run on Linux.
Show hidden low quality content
You must log in or register to reply here.
Share:
Facebook Twitter Reddit Pinterest Tumblr WhatsApp Email Link
Top Bottom