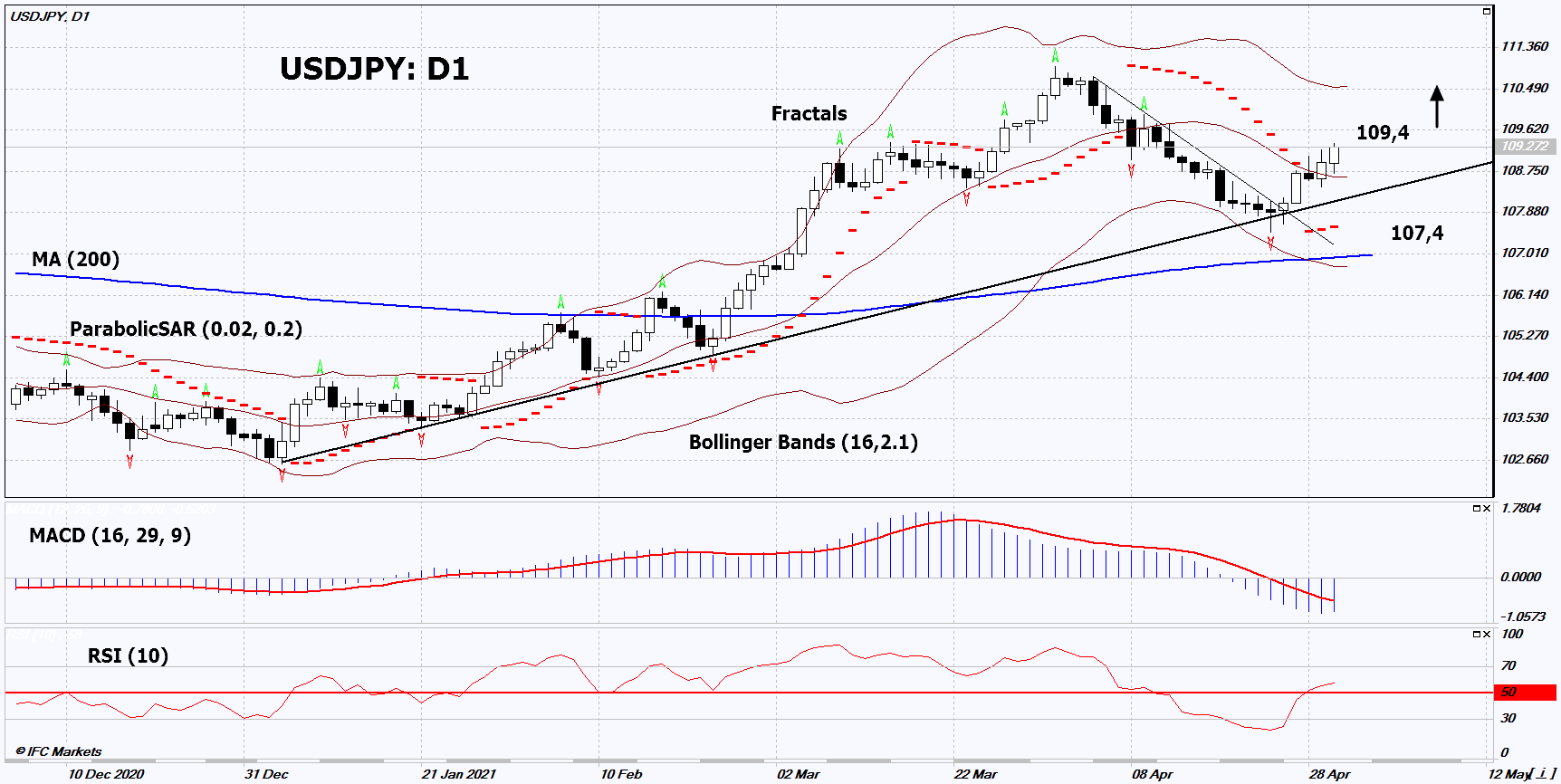 On the daily timeframe, USDJPY: D1 exceeded the downtrend resistance line. A number of technical analysis indicators formed signals for further growth. We do not rule out a bullish move if USDJPY rises above its latest high: 109.4. This level can be used as an entry point. We can place a stop loss below the Parabolic signal and the last lower fractal: 107.4. After opening a pending order, we can move the stop loss to the next fractal low following the Bollinger and Parabolic signals. Thus, we change the potential profit/loss ratio in our favor. After the transaction, the most risk-averse traders can switch to the four-hour chart and place a stop loss, moving it in the direction of the bias. If the price meets the stop loss (107.4) without activating the order (109.4), it is recommended to delete the order: the market sustains internal changes that have not been taken into account.

Japan deflation persists. Will the yen keep weakening? This trend on the USDJPY chart looks like an increase. The Bank of Japan (BoJ) meeting took place last week. BoJ kept the rate (-0.1%) unchanged and announced the money issue will be continued for asset buyback in anticipation of inflation rising to 2% by 2023. This noticeably weakened the yen, since at the end of March this year Japan deflation, or negative inflation, of -0.2% was recorded for the 6th month in a row. On Friday, Tokyo released data on inflation for April, which turned out to be negative not only for the 7th month in a row but also showed the maximum decline (-0.6% yoy) in 2021. Now investors expect deflation to persist throughout Japan in April. The data is due out on May 20. Some investors do not even rule out additional easing of BoJ's monetary policy. The US dollar, on the contrary, strengthened due to positive macroeconomic data in the USA. In particular, Q1 GDP growth exceeded forecasts and amounted to 6.4%. In March, the Personal Consumption Expenditure Price Index rose markedly. Earlier, the Fed announced a tightening of its monetary policy in case of clear signs of economic recovery after the pandemic.