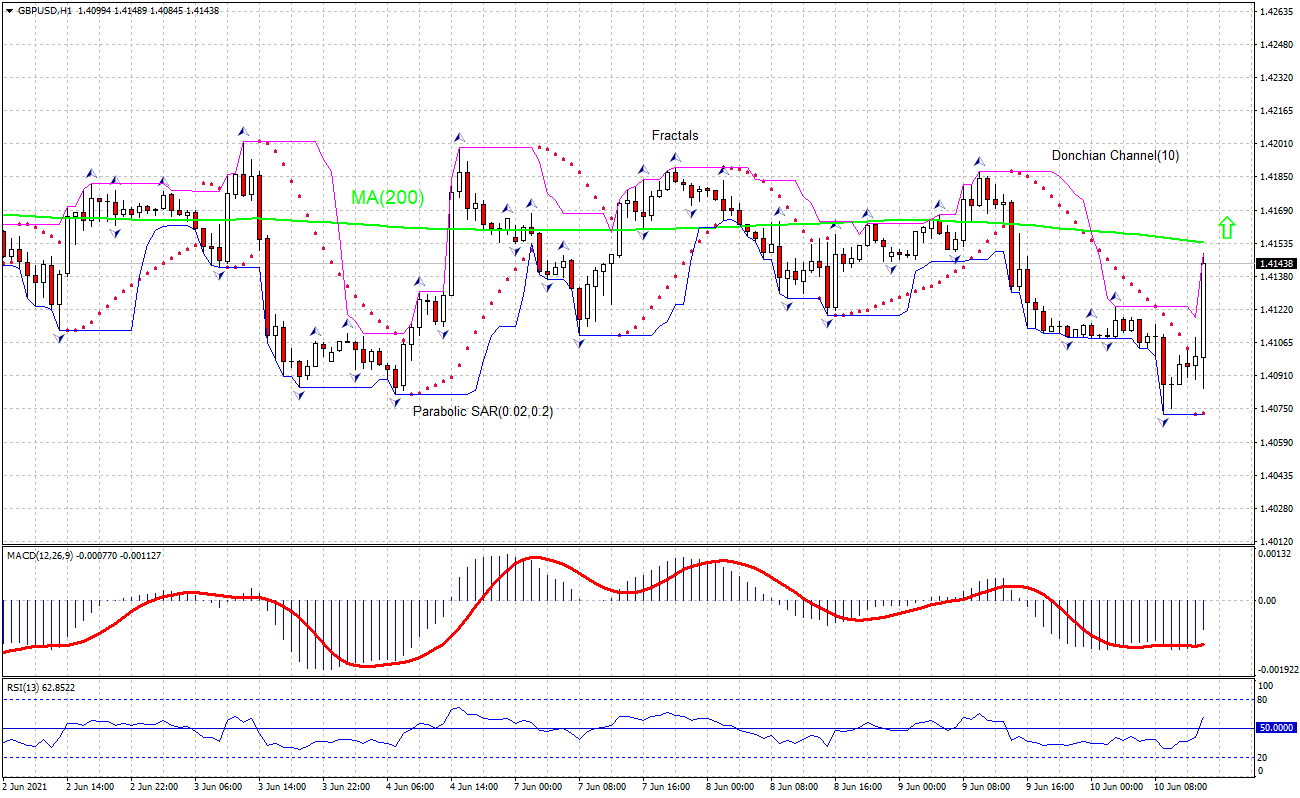 The GBPUSD technical analysis of the price chart on 1-hour timeframe shows GBPUSD: H1 is rebounding to test the 200-period moving average MA(200) which is declining. We believe the bullish momentum will continue after the price breaches above the upper bound of the Donchian channel at 1.4154. A level above this can be used as an entry point for placing a pending order to buy. The stop loss can be placed below 1.4072. After placing the order, the stop loss is to be moved to the next fractal low, following Parabolic indicator signals. Thus, we are changing the expected profit/loss ratio to the breakeven point. If the price meets the stop loss level without reaching the order, we recommend cancelling the order: the market has undergone internal changes which were not taken into account.

Number of real estate surveyors that reported price increases in UK in their areas rose in May. Will the GBPUSD retreat continue? More real estate surveyors than forecast reported price increases in UK in their areas: 83 per cent of respondents reported an increase in UK house prices in May after 76% reported increases in April according to RICS House Price Balance survey, when a 77% of respondents were expected to report increases. This is bullish for GBPUSD.
Toggle signature
IFC Markets. Corp.
Regulated Forex & CFD Broker
International financial sercvices since 2006
Show hidden low quality content