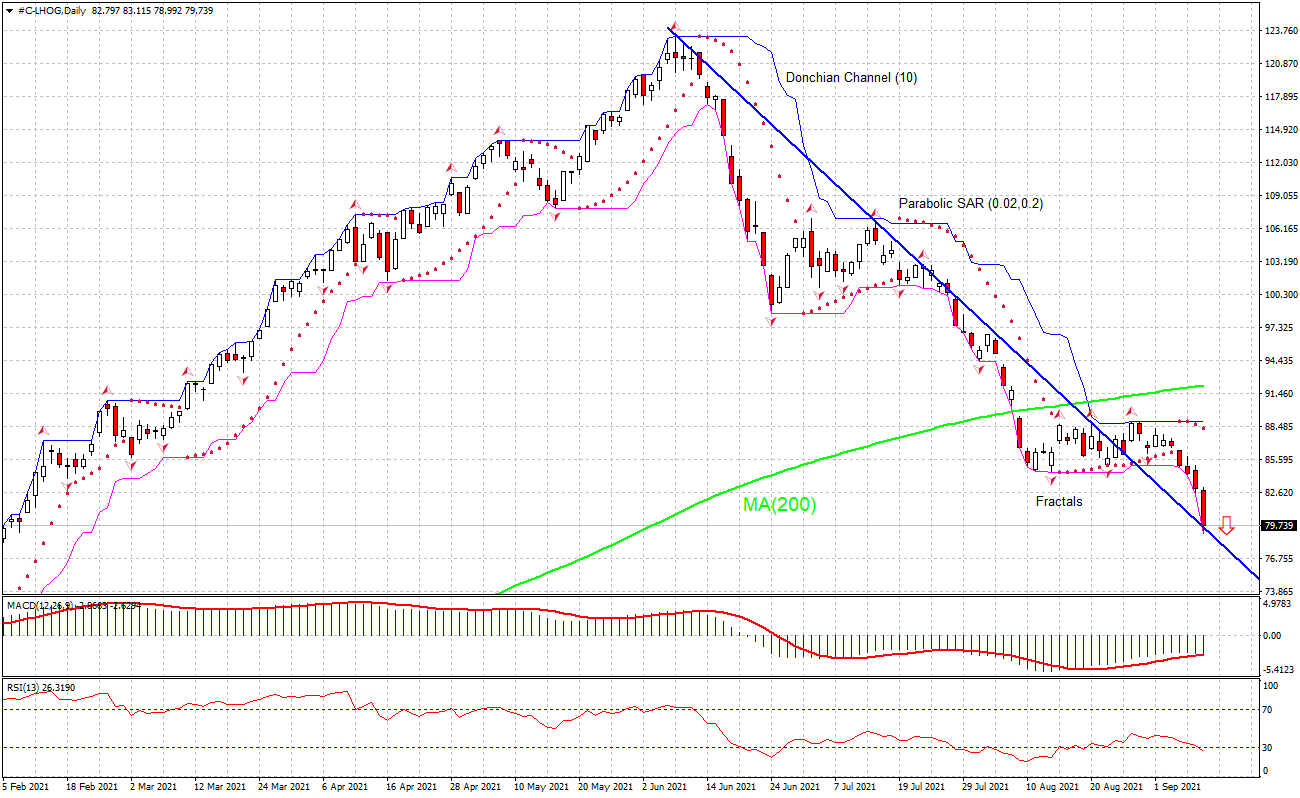 The #C-LHOG technical analysis of the price chart on daily timeframe shows #C-LHOG,D1 is testing the resistance turned support line below the 200-day moving average MA(200), which is rising still. We believe the bearish momentum will continue as the price breaches below the lower Donchian boundary at 78.99. A pending order to buy can be placed below that level. The stop loss can be placed above 88.36. After placing the order, the stop loss is to be moved every day to the next fractal high indicator, following Parabolic signals. Thus, we are changing the expected profit/loss ratio to the breakeven point. If the price meets the stop loss level (88.36) without reaching the order (78.99), we recommend cancelling the order: the market has undergone internal changes which were not taken into account.

China imported 758,000 metric tons (MT) of meat (including offal) in August. That was down 11.2% from July and 8.9% compared with August 2020. Accounting for the first eight months of this year, Chinese meat imports totaled nearly 6.7 million MT, up 1.7% versus the same period last year. China is the second largest pork importing country in the world after Japan. Total slaughter numbers in the first six months of 2021 in Japan were up 1.4 percent from 2020. Higher domestic pork supply translates into lower pork import which is bearish for LHOG.
Toggle signature
IFC Markets. Corp.
Regulated Forex & CFD Broker
International financial sercvices since 2006
Show hidden low quality content