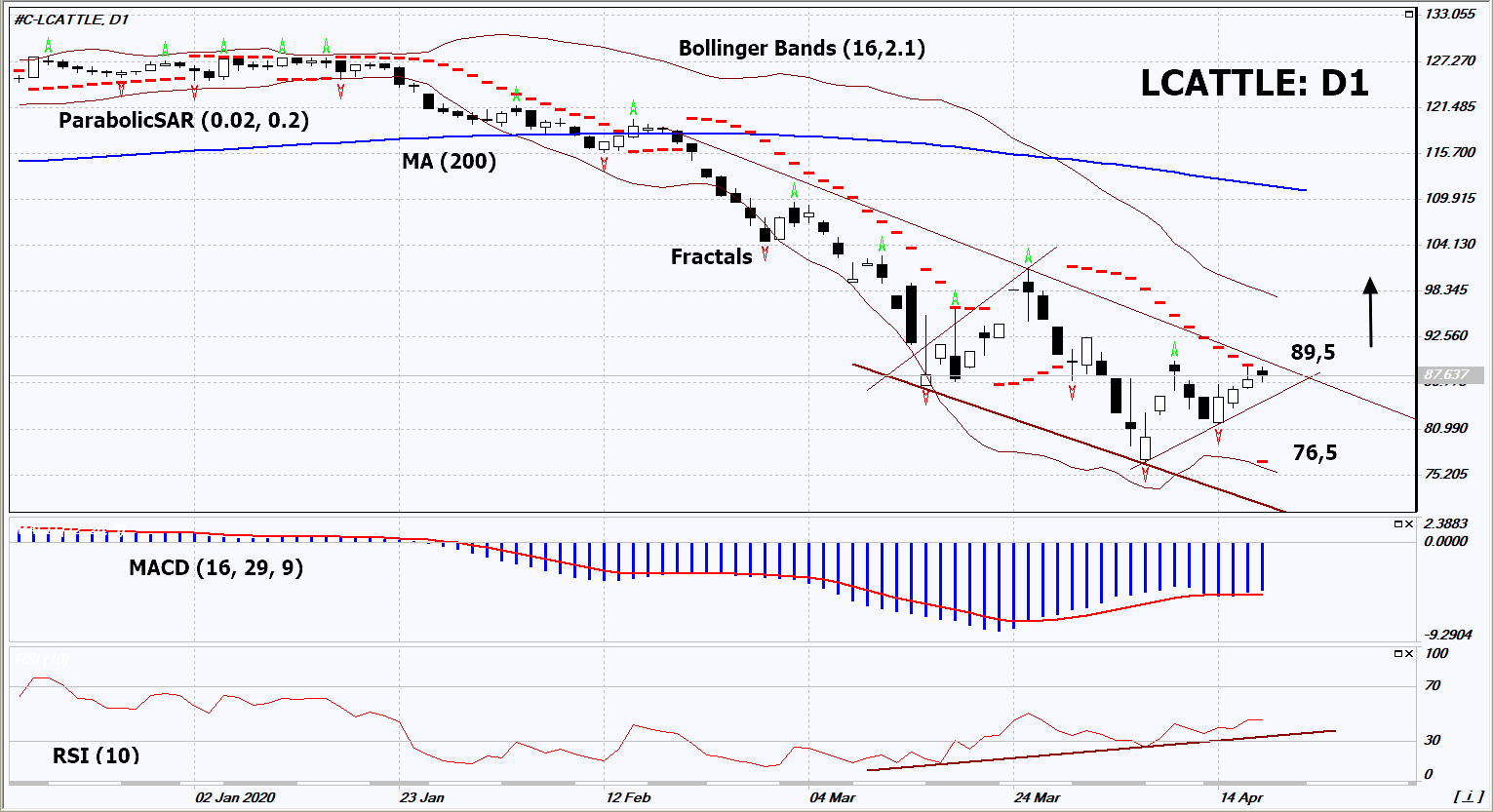 On the daily timeframe, LCATTLE: D1 formed the "Diamond" graphical price pattern. It may be a signal of a downtrend reversal. The right border of the “Diamond” pattern matches with the resistance line of the downtrend. It must be broken upwards before a buy position has been open. A number of technical analysis indicators formed signals for a further increase. We do not exclude the bullish movement if LCATTLE rises above the last upper fractal: 89.5. This level can be used as an entry point. The first stop loss is possible below the Parabolic signal, the last two lower fractals and the minimum since May 2006: 76.5. After opening the pending order, we move the stop loss following the Bollinger and Parabolic signals to the next fractal minimum. Thus, we change the potential profit / loss ratio in our favor. After the transaction, the most risk-averse traders can switch to a four-hour chart and set a stop loss, moving it in the direction of the trend. If the price overcomes the stop level (76.5) without activating the order (89.5), it is recommended to delete the order: market sustains internal changes that have not been taken into account.