Good labor market data came out in the US. This reduced the risks of a slowdown in the global economy. Will Copper prices continue rising?

Nonfarm payrolls in the United States increased by 266 thousand in November, which is a 10-month high. This can significantly reduce recession risks in the US and global economies. In addition, China announced the abolition of certain duties on US goods, which could be a signal of its readiness to continue trade negotiations with the United States. 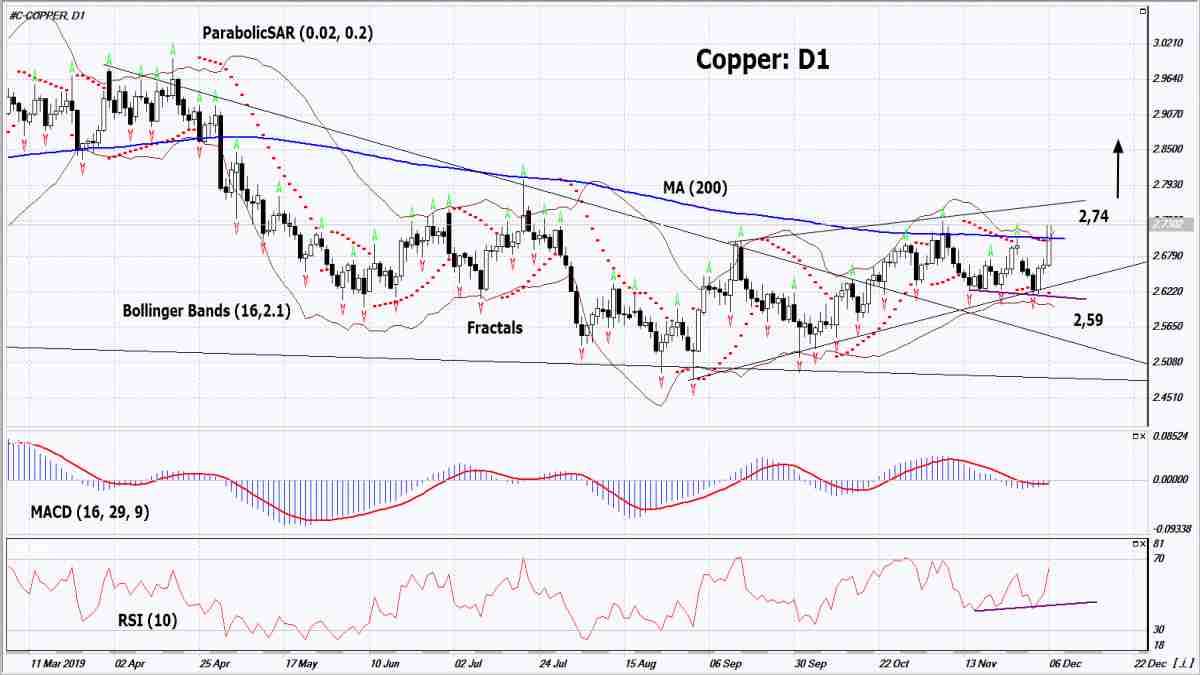 On the daily timeframe the Copper: D1 is in an uptrend and has already bounced off from its lower boundary for the 3rd time. A number of technical analysis indicators formed buy signals. The chart breached up the 200-day moving average line. The further price growth is possible in case of an increase in demand for copper in China and the US.

The bullish momentum may develop in case Copper exceeds the three last fractal highs at 2.74. This level may serve as an entry point. The initial stop loss may be placed below the lower Bollinger band at 2.59. After opening the pending order, we shall move the stop to the next fractal low following the Bollinger and Parabolic signals. Thus, we are changing the potential profit/loss to the breakeven point. More risk-averse traders may switch to the 4-hour chart after the trade and place there a stop loss moving it in the direction of the trade. If the price meets the stop level (2.59) without reaching the order (2.74), we recommend closing the position: the market sustains internal changes that were not taken into account.