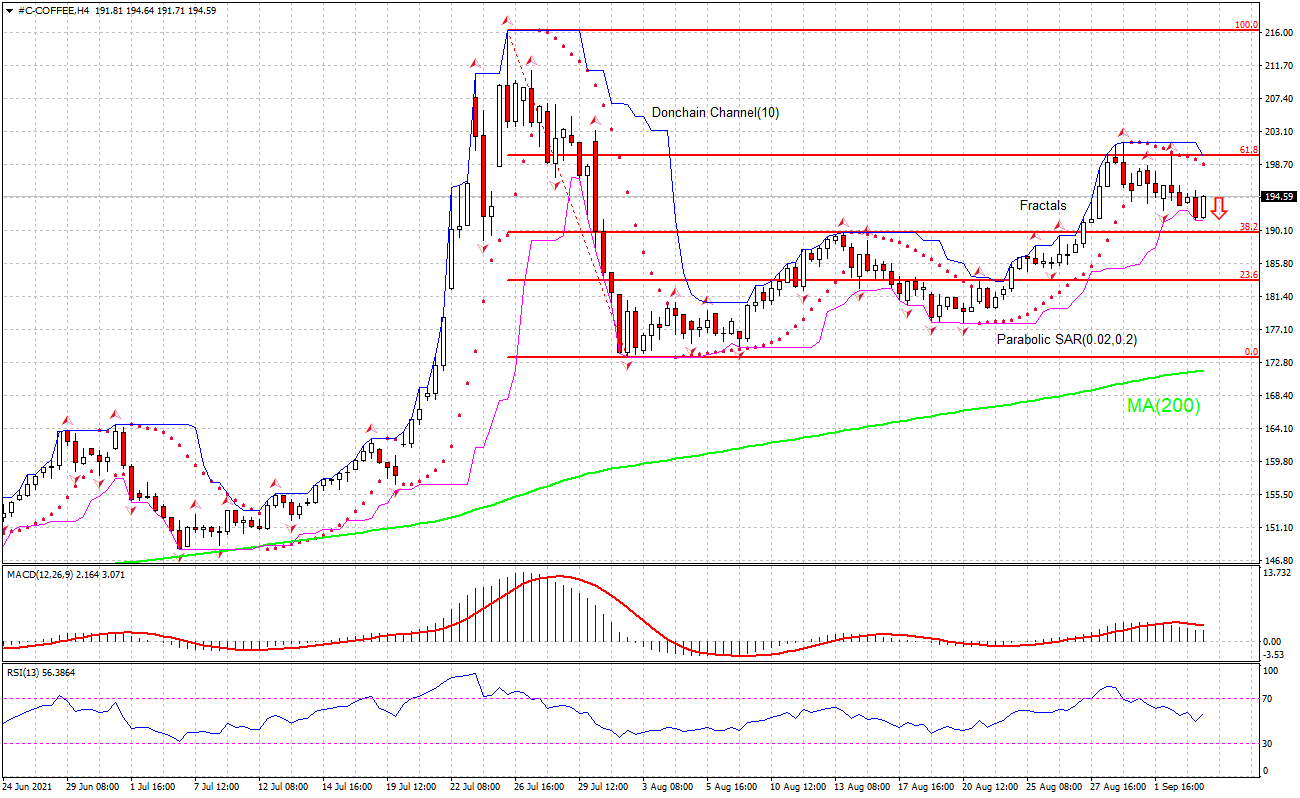 The #C-COFFEE technical analysis of the price chart in 4-hour timeframe shows #C-COFFEE,H4 is retracing down toward the 200-period moving average MA(200) and is close to testing the Fibonacci 38.2 support level. We believe the bearish momentum will continue as the price breaches below the Fibonacci 38.2 support level at 189.8. A pending order to sell can be placed below that level. The stop loss can be placed above the last fractal high at 198.8. After placing the order, the stop loss is to be moved every day to the next fractal high, following Parabolic indicator signals. Thus, we are changing the expected profit/loss ratio to the breakeven point. If the price meets the stop loss level (198.8) without reaching the order (189.8), we recommend cancelling the order: the market has undergone internal changes which were not taken into account.

Global coffee exports rose in the ten-month period ending in September 2021. Will the COFFEE price reverse its retreating?