Dollar strengthening halted
US stocks rally continued on Tuesday as market sentiment was boosted by positive assessment of the economy from Federal Reserve Chairman Jerome Powell despite mixed data. The S&P 500 rose 0.2% to new record 3140.52. The Dow Jones industrial average gained 0.2% to fresh record 28121.68. Nasdaq added 0.2% to 8647.93. The dollar strengthening halted as the trade deficit fell above expected 6% to $66.5 billion, while the Conference Board’s consumer confidence index fell fourth month in a row in November. The live dollar index data show the ICE US Dollar index, a measure of the dollar’s strength against a basket of six rival currencies, slipped less than 0.1% to 98.24 but is higher currently. Futures on US stock indices point to higher openings. 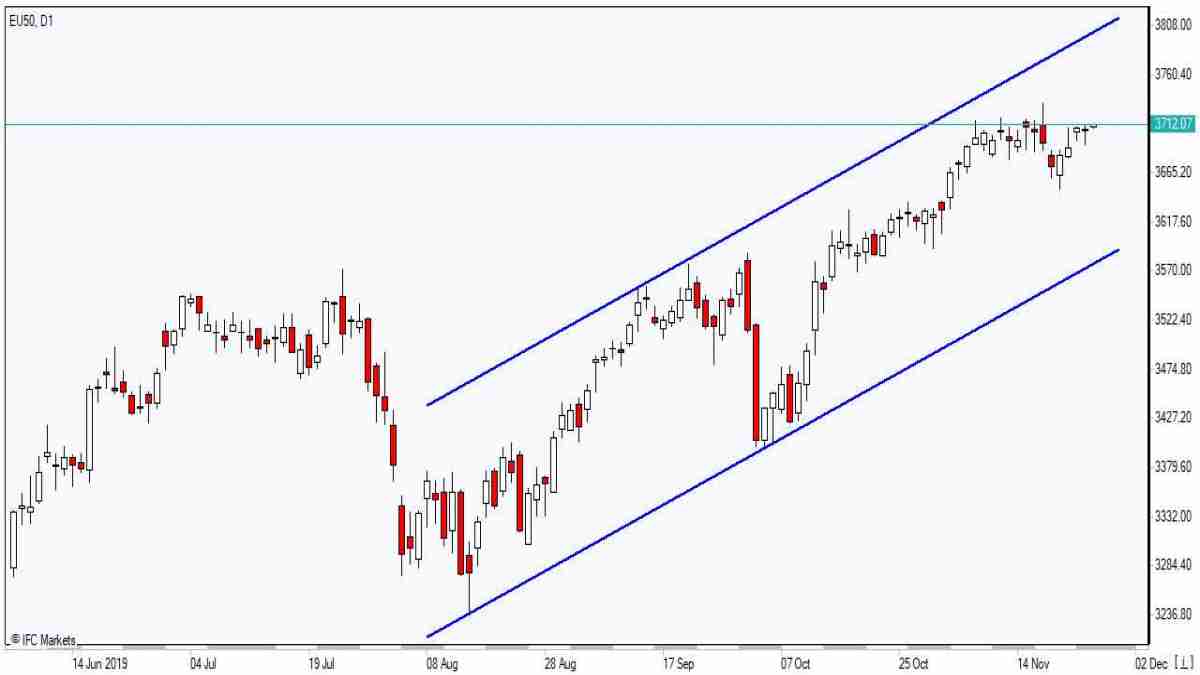 Australia’s All Ordinaries Index still ahead Asian indexes
Asian stock indices are mostly higher today on the backdrop of President Donald Trump’s comment Tuesday that “We’re in the final throes of a very deal.” Nikkei rose 0.3% to 23437.77 with yen slide against the dollar intact. Chinese stocks are mixed as data showed Chinese industrial companies' profits contracted further in October: the Shanghai Composite Index is down 0.1% while Hong Kong’s Hang Seng index is 0.1% higher. Australia’s All Ordinaries Index extended gains 0.9% with Australian dollar resuming its slide against the greenback.

Stocks pull back after disappointing earnings