Yesterday, a new update to MetaTrader 5 platform has been released - Build 2280. It fixes multiple issues that were introduced with the previous public version - Build 2265. It also improves some of the functionality provided in that build. You can see the list of prominent changes from the current update below:
MetaQuotes' full release announcement is available here: 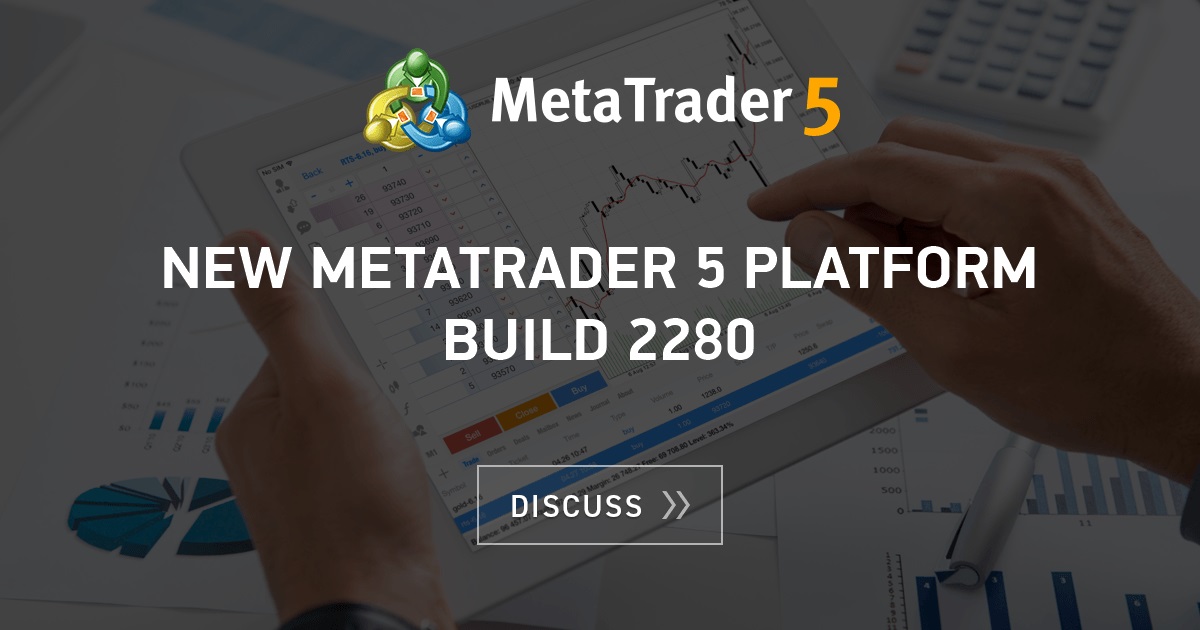 The MetaTrader 5 platform update will be released on Friday, December the 13th, 2019...