Markets were supported by another economic assistance program


European stock indices continue to rise today
European stocks rose yesterday in anticipation of measures to support the US and global economies. The daily increase in the EU STOXX 50 pan-European stock index by 10% was the highest since 2008. Growth was led by industry indices of mining and oil and gas companies, which added more than 15%. Today, European exchanges continue to grow. Shares of German metallurgical holding Thyssenkrupp soared 12.5% thanks to reports on cost optimization and staff reductions. IFO business activity indicators are coming out in Germany today. EUR/USD quotes are growing today for the 4th day in a row amid weakening dollar. There are not yet any particular positive factors in the EU, but they may occur if the number of patients with coronovirus is reduced in the main European countries. 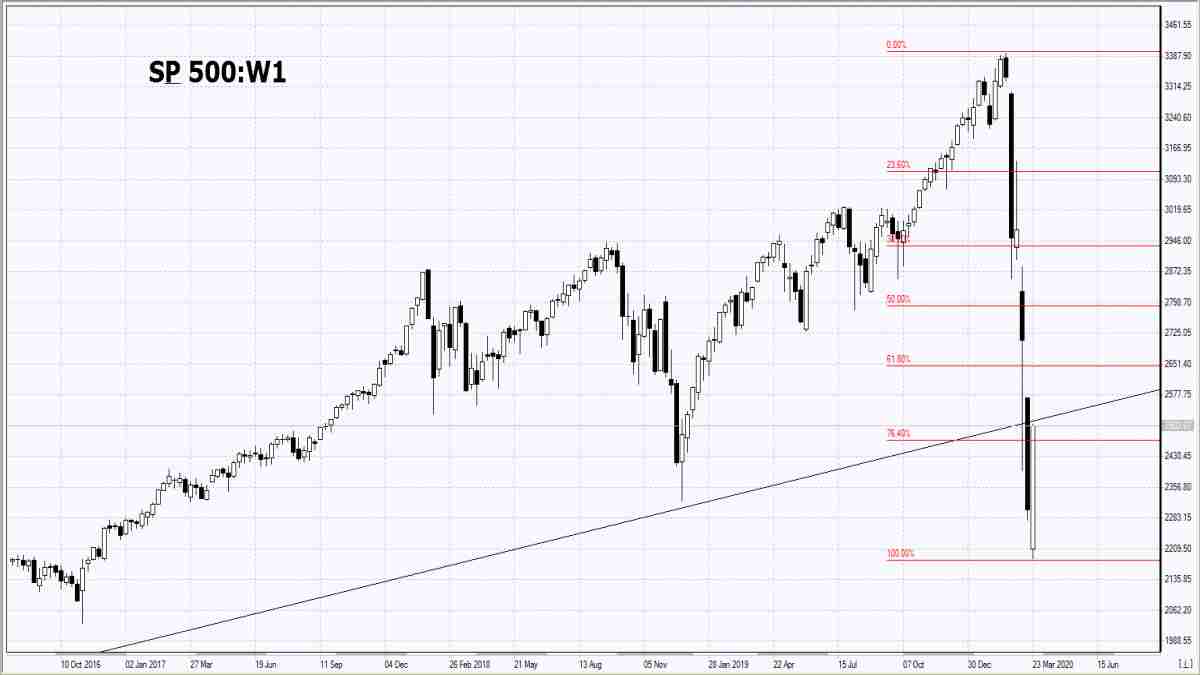 Nikkei showed strong growth along with other world indices
All Asian indices are up today. Yesterday, Nikkei climbed 8%, the highest daily growth since 2008. The shares of the telecommunications company SoftBank Group Corp grew by 20.5% due to the announcement of the assets sale in the amount of $ 41 billion and the buyback of shares. Over the past 3 days, their growth amounted to 55%. The postponement of the Olympic Games for a year had a positive impact. Today, Nikkei added another 5%, as it became known that the games would still be held in Tokyo. Shares in sportswear manufacturer Asics Corp were up by 17.5%. Hong Kong's Hang Seng Index rose 3.8% today. Mainland China has announced a slowdown in the spread of the coronavirus epidemic and quarantine cancelation in some parts of the country.


Brent is traded just below $ 30 a barrel
U.S. crude futures’ quotes are traded below $ 25 a barrel. The cost of hydrocarbons rose slightly from multi-year lows. However, market participants almost did not respond to large-scale measures by the Fed and the US government to support the US economy. The major banks are slow to increase their forecasts on oil prices.. In particular, ING Bank lowered its forecast for Brent prices in the 2nd quarter from $ 33 to $ 20 per barrel. Yesterday, an independent American Petroleum Institute unexpectedly announced a decline in US oil inventories over the week, while all analysts, of course, expected their increase. Today, the Energy Information Administration will release official data on changes in US oil reserves. If they decline, oil quotes may rise.
Toggle signature
IFC Markets. Corp.
Regulated Forex & CFD Broker
International financial sercvices since 2006
Show hidden low quality content

For the first time, new cases of coronavirus infection within China were fewer than beyond its borders

US Federal Reserve cuts rate without waiting for the next meeting