You are using an out of date browser. It may not display this or other websites correctly.
You should upgrade or use an alternative browser.
A

The Australian currency is not able to take a chance on the US dollar weakness yet, observed in the market for the third consecutive week. The AUDUSD remains in the range 0.90-0.93, although it is trading is near its upper limit. The dynamics like this allowed the oscillators quitting the oversold area and calming trend indicators down a little.

However, the inability of the pair to reach new heights, while all the main contenders are winning the space back from the US dollar, confirms the absence of fundamental factors supporting the Australian currency. Now the Australian dollar dug in the strong resistance area 0.9300-0.9345, and we would better talk about any growth prospects only after overcoming it. Although, in this case, the reversal "double bottom" pattern could work out aiming near 0.9600.

However, a more likely scenario seems to be the pair comeback to 3-year lows around 0.9000-0.9035, with a middle support level at 0.9135. Such a development is more in line with our medium-term forecasts and the fundamental picture. On the other hand, this scenario may occur even after rising to 0.9600 – we watch see the pair reaction to the resistance area 0.9300-0.9345. 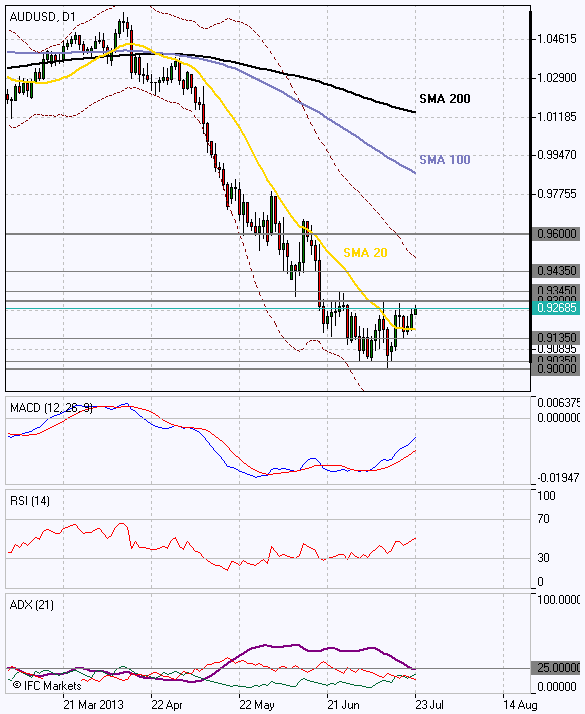